What a lot of hugs! 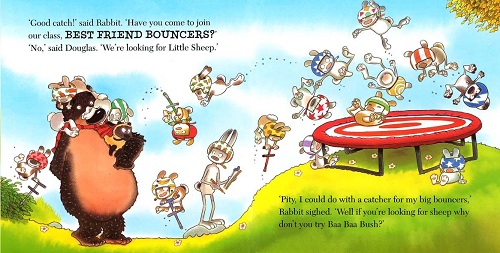 But it’s a walk in the woods with Flossie the sheep, and they encounter a lot of animals in their search for Flossie’s friend.

And it’s a walk in the woods for Little Bear and Daddy Bear in Hug Me, Please by Przemysław Wechterowicz and Emilia Dziubak too. Eating some honey gets Little Bear in the mood for hugging people. Well, animals. 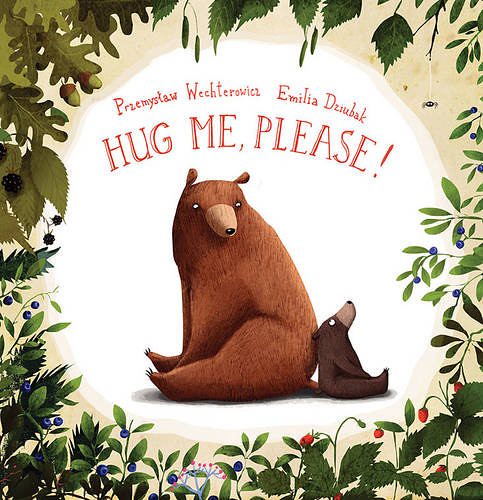 So they walk along, finding their intended huggees, and hugging them. Usually willingly, but some recipients are less keen on being bearhandled by what is a very large bear, even if it’s Little Bear. But they mean well. There is no eating of anyone, especially since they make the wolf miss the girl in red.

Even the hunter gets a hug, since ‘it would be rude not to’ according to Daddy Bear.

Lovely. And both books so very huggy.