By some stroke of misfortune, when Kathryn Evans lay down flat on her tummy on the floor of the bookshop I had already put my camera away. She was demonstrating something to do with paintballing to Jonathan Stroud’s son. This is not in the slightest out of character, although I had just suggested she might need to ‘break into’ the authors’ yurt for her coat. Kathryn was cold, and I didn’t lend her my down jacket, but instead suggested to someone else that they should give her theirs. Which they did… 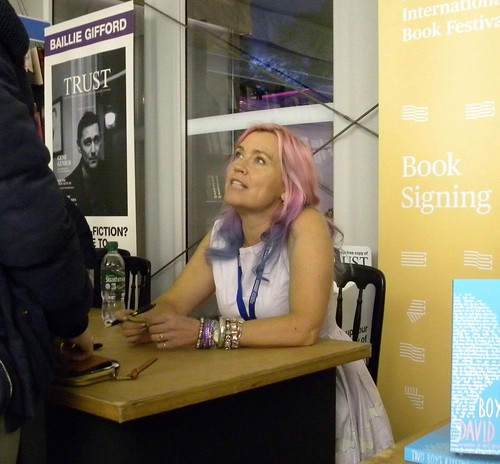 Anyway, we both made it to Edinburgh in the end. Kathy had more than one plane delayed, which in turn made me wonder if it was worth going if she wasn’t going to make it. But it was all fine. Who needs hours to prepare for an event? And she even had time to change into her gorgeous frock. Even if it did make her cold.

I began the evening by being confused, getting two crime writers mixed up. Then I went to catch Cathy MacPhail signing after her event with Nicci Cloke, and got Alex Nye as a bonus. Didn’t know Alex was chairing. 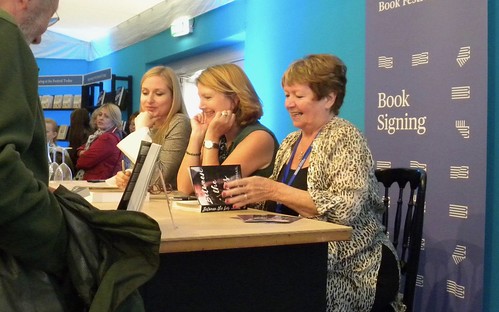 Popped over to the other bookshop for Gill Arbuthnott, who had just de-vampired a whole tent, or something. She seemed to be busy planning to put this girl’s beautiful ribbons into her next book. It’s the kind of thing that happens at book festivals. 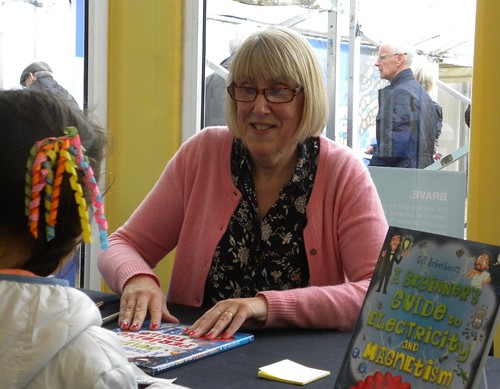 And then it was time for the event of the evening, The Great Gender Debate with Kathy and Jonathan Stroud and David Levithan.

In the bookshop afterwards, I might possibly have rolled my eyes at Kathryn (when she mentioned selfies), so she told me off. Had a very senior moment when I realised that I was in the same room as Jonathan, and I had left every single Lockwood at home. Chatted to him anyway, and then convinced a potential new fan that he needed to start by reading the first Lockwood, and luckily Jonathan backed me up on this. I even found a copy, among all the later books. 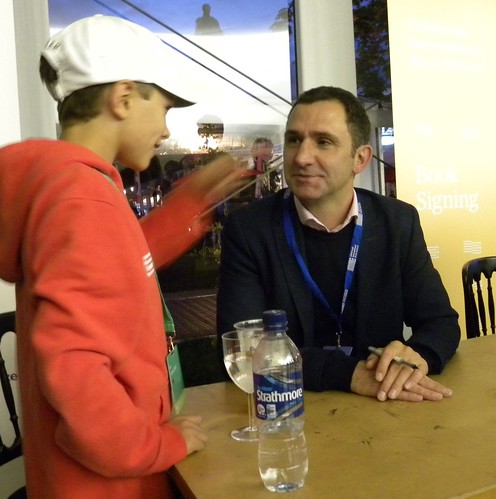 It seems David Levithan is the kind of gentleman who signs standing up. It looks like such hard work, but maybe it isn’t. There were lots of fans, for all three of them. 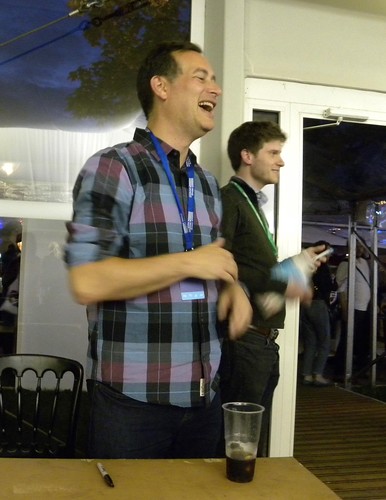 I ran into a few people again, because these events are that kind of, well, event. It’s where you meet likeminded people. And it would have been nice to go for drinks, but I had a late train to wrestle with, and Kathryn had this floor to lie on, so we hugged a second time (I could get used to all this hugging), and I left while I still had a nice warm jacket to call mine. 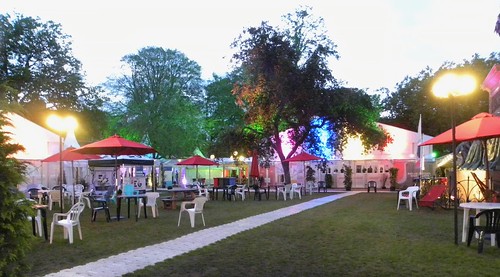