No sooner had I met Claire McFall last Saturday than she invited me to her book launch, which was last night at Waterstones. So back to Edinburgh I went. This was no hardship, as I’d had several days of ‘rest.’ And I was able to meet up with two toddlers on the same day, both of whom took exception to their mums being a bit busy with other people. 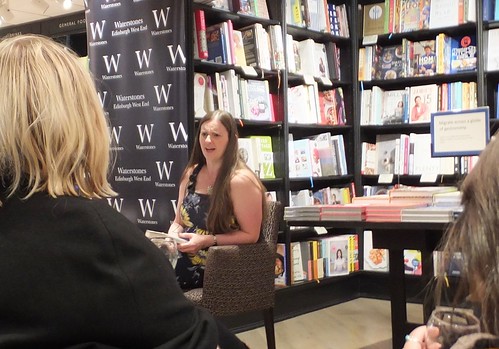 The second toddler belonged to Claire and he was a little vocal about mum sitting over there on the chair, without him. I thought that was rather lovely, and realised that there are too few tiny children helping launch their parent’s books.

Lari Don was there as well, and I will not speculate on why, or make anything up. Maybe. She had chaired Claire’s event at the book festival on Saturday, so has read both Ferryman and Trespassers. (Ferryman is Claire’s first novel about the afterlife, the one that is doing well in China, and it’s just been re-issued by Floris, so it can help usher the sequel Trespassers in.) 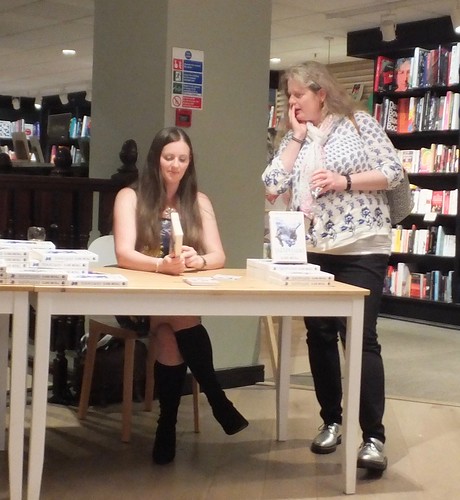 Between them Claire and Lari have enthused a lot about how wonderful they feel Floris have been. And that is good. Floris had laid on lots of crisps and chocolates and drinks, too. (And I know why Lari was there! She offered to hold my glass so I could drink and work.) 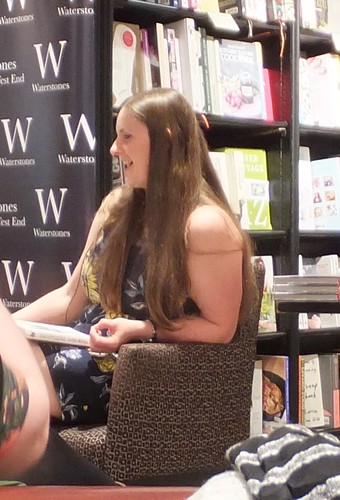 After an enthusiastic introduction, Claire told us all – well, some at least – about herself and her writing, what comes after the afterlife, and how she used to read trashy books as a teenager, and was a little surprised to find she’s now seen as writing romantic fiction. (Not surprising at all, and nothing wrong with that, I say.)

I had already encountered several spoilers re the end of Ferryman, so coped relatively well with Claire’s reading from Trespassers. It sounds at least as good as the first book, so those Chinese fans are in for a treat. As are the – slightly fewer – Scottish fans. Some of them are Claire’s students at school, and they were there last night. 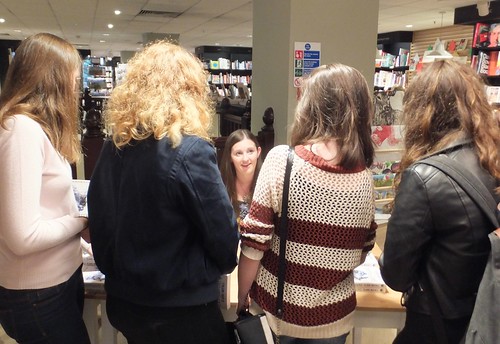 Lots of photos were taken, including some great ones by Claire’s mother, which I had to go and ruin by suggesting maybe the book shouldn’t be held upside-down. I won’t be invited again. 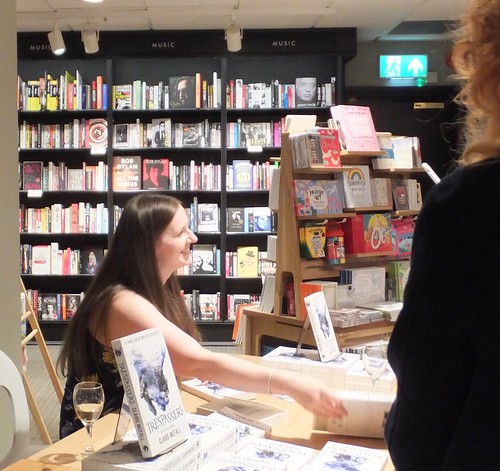 Here’s to another million sales!