You will want to read this award-winning book. At least I hope you will. I can’t believe I didn’t know [more] about The Murderer’s Ape by Swede Jakob Wegelius, before it was translated into English, by none other than Peter Graves. Or that I hadn’t even heard of the first book about the gorilla by the name of Sally Jones. Also award-winning. 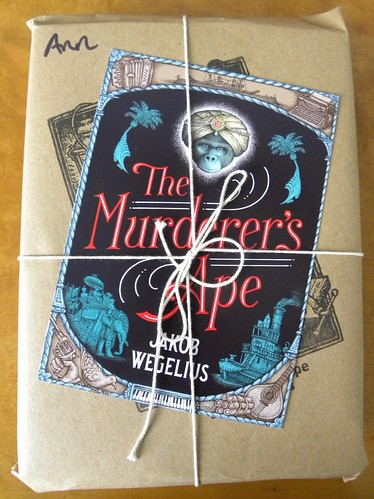 I believe that in the first novel about Sally Jones (no, you can’t just call her Sally) the reader meets the baby gorilla, and finds out how Sally Jones got her name, and how she learned to do all those human things she’s so good at, apart from talking. Sally Jones does not speak, but thankfully she can type, and that’s how we know about the dreadful time when her best friend Henry Koskela is jailed for murder, and what Sally Jones did to free him.

Like many of the best characters in fiction, Sally Jones is both a loyal and loving friend, as well as extremely skilled at many things. Until the murder Sally Jones and Koskela – the Chief – had run a cargo boat, and she’s an experienced engineer. When the Chief ends up in jail, Sally Jones has to use all her skills, and learn many new ones, to help him. 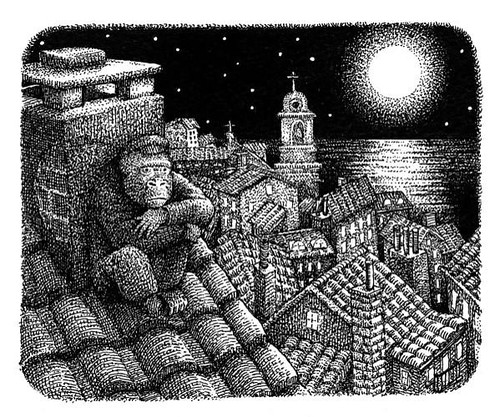 She also makes new friends; really lovely friends, although never quite as special as the Chief. And it goes without saying that there are many new enemies for Sally Jones. Powerful people want to stop her from helping Koskela, and for someone who doesn’t speak, it’s not always easy to ‘speak out.’

This beautifully illustrated book (drawings by Jakob Wegelius himself), set some time in the first half of the 20th century, mainly in Portugal and in India, has the feel of a classic film. It’s a wonderful adventure with a genuine pre-WWII feel to it; a time when anything was possible, and there was both good and evil, and unimaginable wealth, but also possibilities for going places if you worked hard and were good at what you did.

It does take a little while to get used to Sally Jones being a gorilla, but only about as long as it takes those who become her dearest friends to understand what a gem she is. And if you want to get rid of your useless boyfriend, Sally Jones is your, well, gorilla.

This is nearly 600 pages of exciting, nail-biting, romantic adventure. Besides, you can’t beat a bit of good engine grease.