The Cost of Living

Reading Rachel Ward’s first adult crime novel, The Cost of Living, brought home to me quite how middle or upper class crime novels tend to be. Even the ‘harder’ ones seem not to have such very normal characters as Ant and Bea in Rachel’s book. 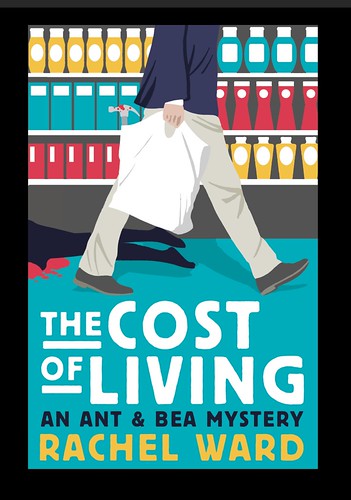 In her early twenties, Bea works in the local supermarket at the checkouts. (I now know more than I ever knew I needed to learn about how supermarkets work…) Ant is slightly younger, and has bad history as far as work is concerned. He’s not sure he will last the [first] day. Bea has an agoraphobic mum and Ant comes from a family known for being trouble.

And the two don’t get on very well to begin with. But when a stalker attacks, and later on kills, young females in their little town, Bea starts sleuthing and Ant sort of helps.

The fear in the town is quite palpable, and I worried enormously whenever you could tell that something was about to happen. Or when Rachel wanted us to think there was danger round the corner.

I had a good idea of who the killer was. Just a shame I was wrong. But it goes to show that you can be bad in different ways, and that the obviously bad characters might not be so bad after all. Again, like normal people.

There are some unusual sexual pairings, which again makes the story stand out. Bea is a strong girl who not only works and solves crimes, but looks after her mum and also tries to make sure her customers are safe from abusive partners, and so on. What I won’t accept is that as a size 16 Bea is fat. She’s not.

Described as ‘an Ant & Bea mystery’ I wonder if this means there will be more? I wonder if their little town can take more crimes? But if there are more, then Bea is really well placed in her checkout, where life unfolds and she sees everything.