It’s funny how, looking back, you don’t know what is to come. Spring 2009 I didn’t know the Grants; Helen and Michael. And no, they are not a couple. Helen has her Mr Grant, and Michael isn’t actually a Grant.

I connect both of them with Germany. Helen had lived in Germany for many years, and her first book – The Vanishing of Katharina Linden – was set there, in Bad Münstereifel; not too far from Köln and Bonn.

Because that’s where Daughter and I were heading, that weekend in March 2009, and I was reading Helen’s book on the plane, and I’d just got to the bit where one of the ‘innocent’ characters says ‘Scheisse.’ It made me giggle. Childish, I know. Anyway, it was good reading a book set in Germany when I was actually in Germany. I mean, above Germany. 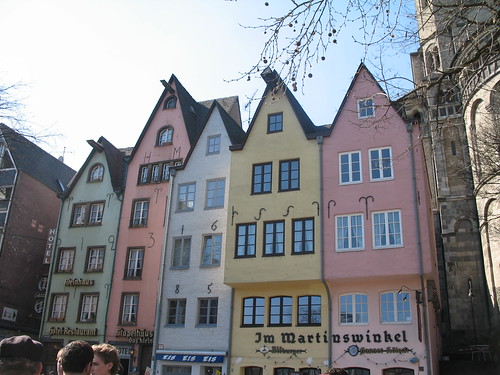 When Daughter and I had done what we came for, which was to attend a Roger Whittaker concert in Köln, which was great, and made greater still by being preceeded by an interview with Roger, we went to visit an online friend near Bonn. I had a suitcase full of books for her, because you have to get rid of books somehow.

One of those books was Michael Grant’s Gone, the first in the Gone series. And I only gave it away, because I had been sent two copies. My friend liked the look of it so much that she read it almost there and then. Although, being a writer herself she went on to pick the plot to pieces and had opinons on almost every aspect. But that’s fine.

So, The Vanishing and Gone – both books about disappearing – were my first meetings with Helen and Michael.

And now, I’ve read so much more by them, and seen so much more of them, that they feel like old established friends. Helen lives relatively near me, and Michael is so successful that he’s over in Britain most years, and sometimes more than once.

But it began in that plane, with a Scheisse, and a spare book.

(The witchiness does not end there. The second, literally, that I typed Roger’s name, my Messenger pinged, with a question about him from a relative.)