I remember the morning well, even though it’s been ten years. I was with my new laptop at the Apple shop in Manchester’s Arndale for our weekly lesson. I’d got myself up on the barstool and was opening the laptop while waiting for my Genius.

That’s when I noticed the new email in my inbox, and because I could see the beginning of it, I had to read it there and then, despite realising it wasn’t the right place to do so.

It was from Adèle Geras, breaking the news that Dina Rabinovitch had died a few hours earlier. And even though it wasn’t unexpected, it still was, and very upsetting. I’d admired Dina so long, and had willed her to live. And so had she, obviously.

After the lesson was over, I went home and blogged about Dina. It wasn’t the first time and it wasn’t the last. There was always plenty to say about this wonderful children’s books reviewer at the Guardian. Someone who interviewed like I could only dream of doing. Her ‘duel’ with Eva Ibbotson on which of them was the most ill, for instance.

Well, Dina won that one.

Less than three weeks before, I’d hoped to meet Dina for the first time. She was supposed to be doing an event, but became too unwell to go through with it. I went [to London] anyway, and had a different sort of day, instead, and Dina was interested in hearing what I’d done. I looked at the Tate Modern, and I went to the National Theatre. When I think back to that day, I see it as Dina’s gift to me, somehow.

Then there are the friends found through her blog, which I’ve written about before. Dina did so much, for so many.

And now it’s ten years since she died. I realise her little boy is no longer little. I hope her children are well, and happy. 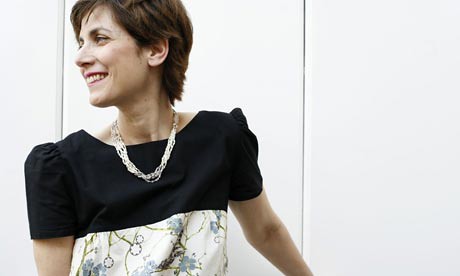