Soon after I met the future Resident IT Consultant, we were in a bookshop in a railway station. Can’t remember which station, but can still see the bookshop where he discovered a bargain coffee table book about trains. At £5 it really was, but I was still shocked to find he was actually going to buy it. 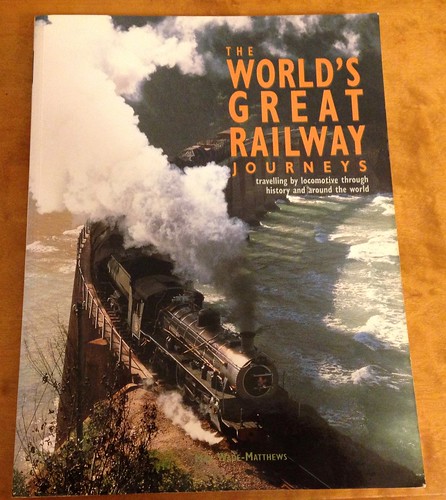 Nearly a decade later Son was about three years old, and he loved trains. (Makes you wonder where he got that idea from.) He used to drag our large books off the shelves behind the sofa, and most of all he used to ‘read’ this bargain train book. We owned many train books, but this one had the best pictures for looking at. A couple of years of this, and he had more or less killed the book with all his reading. The spine sort of fell off, and that was pretty much it.

But what a lot of pleasure he had from that £5 book!

He’s a bit older now, but still likes his trains.

Do you remember Master Happy? He’s a current three-year-old and he’s got a new brother called Kopernikus, and he’s a little less happy at times. New babies are a pain.

It so happened that Son walked past Master Happy in his grandmother’s garden a while back (and that’s more of a coincidence than it might appear), and was invited in to play. And when he discovered their shared fondness for trains, well, let’s just say that it’s awfully handy that a modern young man can always carry around a photo album full of train pictures in his jeans pocket. I wasn’t there, but I can imagine the scene of the two, perusing one train more interesting than the last one. 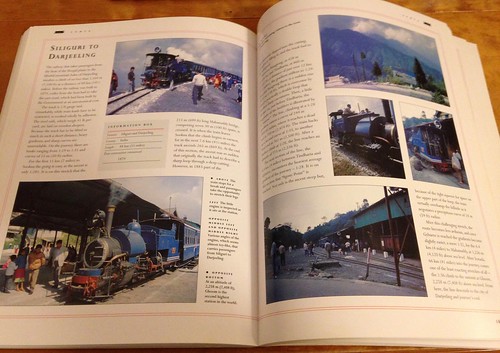 The Resident IT Consultant went out to see if he could bag another bargain train book, but it would seem they are not as fashionable as they were. So he got down on all fours and searched his own collection for something childfriendly, and while the book he eventually dusted off isn’t a patch on that other one, it’s got a few good trains in it.

I hope Master Happy reads it to pieces before Kopernikus gets his mitts on the book. 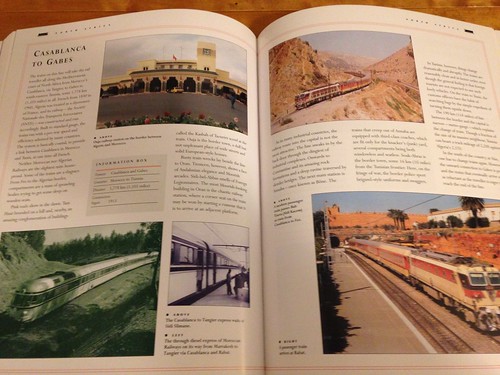 This entry was posted in Books, Travel. Bookmark the permalink.

One response to “Trained”