Doctor Dodo and other clever women

The Resident IT Consultant and I saw a few more roundabouts than we had counted on, as we travelled to Edinburgh yesterday to celebrate Dodo’s new PhD.

If we had pushed for tickets to the graduation ceremony (but we didn’t, as we felt that they should go to Son and the Dodo family), we’d have had the pleasure of seeing Mairi Hedderwick receive her honorary doctorate alongside Dodo. It’s always nice when the famous person is so famous that one has actually heard of them, but nicer still when it’s someone quite so special as Katie Morag’s creator. 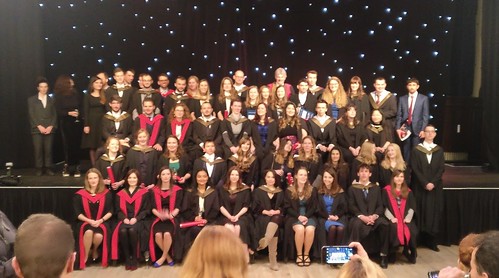 As it was, it was just one more missed opportunity to see Mairi this week, but more importantly, it was a time to celebrate with the Dodos by stuffing ourselves with tapas. It was very civilised, and very nice, and the company was good and we were nowhere near needing those reserve sandwiches I happened to have in my bag.

And the proud Father of Dodo got to tell us his dream – he now has three children who can call themselves doctor, and he’s looking forward to the phone ringing and someone asking for Doctor L, so he can ask ‘Doctor Who?’

When we couldn’t get any fuller, or wittier, some of us went home to collapse on some sofa, and the resident IT Consultant went off to a transport meeting to consult a bit, and your witch hobbled downhill for a quick look at the Christmas market in Princes Street Gardens, and then on to Waterstones for an evening on autism. 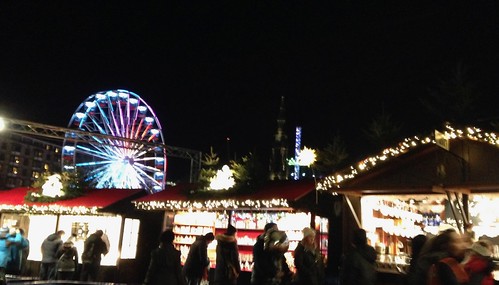 As part of Book Week Scotland, Rachael Lucas and Catherine Simpson were there to talk with Catherine’s daughter Nina Mega, on writing novels with autistic characters, and bringing up children with Asperger Syndrome, and about being ‘a bit like that’ yourself. I felt right at home and it was one of the better events I’ve been to and I will tell you more about it when I’ve had some sleep, and maybe been to another book event or two.

4 responses to “Doctor Dodo and other clever women”