The ones I enjoyed the most

It suddenly struck me that perhaps it’s unwise to say anything about best books. Because this time of year I usually list the ones I liked the most, which isn’t the same thing.

And by the time December rolls round I often despair. Yes, I remember that marvellous book I read recently. This year that was La Belle Sauvage. Because it was recent. Longer ago and my memory blacks out, in much the same way as when someone asks what I did at the weekend…

No need to worry though. Out of the 137 books (2017 wasn’t the best year for finding reading time), the twelve that emerged more victorious than the rest, were closely followed by quite a few other excellent contenders. 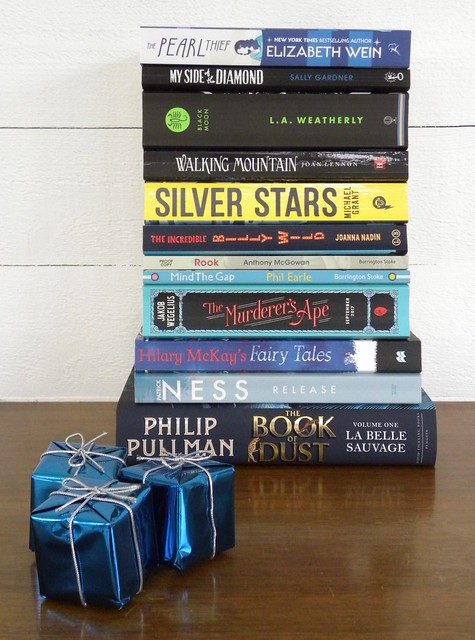 I’ve not picked a best of all, nor am I doing the alphabetical order.

Sally Gardner, My Side of the Diamond

And as you can see, the 2017 colour for book covers is primarily black with some blue and teal. Rather like last year, in fact. I appear to have picked six women and six men, which feels nice and equal.

There is only one translated book, but there are two dyslexia friendly books, plus one prequel, one equel, one end of a trilogy and one middle of a trilogy. And two Scottish books. All good.

Books like these are what makes it all worth it.

5 responses to “The ones I enjoyed the most”