A stone for Christmas Eve

The Resident IT Consultant rather surprised me. Back in the summer we wanted to have a few films to watch, and I asked him if there was anything he fancied getting. The response was immediate, and surprising. He wanted The Stone of Destiny.

For reasons I can’t easily explain here, he sees many more film trailers than I do. I assumed he’d come across it in the cinema during the last year or so. And then it turned out the film was almost ten years old. I was amazed he even remembered.

But of course he would, as it’s about Scottish history. We could see a trailer on YouTube, but then we hit a stone wall. In the end he sourced a Polish version online, with subtitles and everything. (If you’re really clever you can turn the subtitles off, but it was harder than it usually is.) 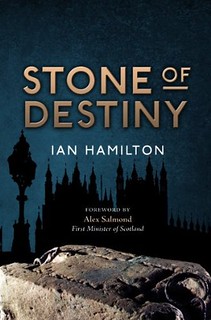 This is the true story of a group of young people from Scotland who go to London in 1950 to steal the Stone of Destiny from Westminster Abbey. They do it on Christmas Eve (because that’s such a good time to commit a crime…). And they succeed.

It’s not an outstanding film or anything, but it’s fun and informative for rookie Scots. It’s got Robert Carlyle in it, and a group of relatively unknown actors (to me, anyway). I enjoyed it, and I could really feel the cold in that unheated B&B somewhere in London. The capital at Christmas looks very fine, if chilly, and then they drive north with the stone and it looks like summer near the Scottish border. That drive either took a long time, or the weather’s so much better up here. Or continuity forgot to lose the leaves on the trees.) 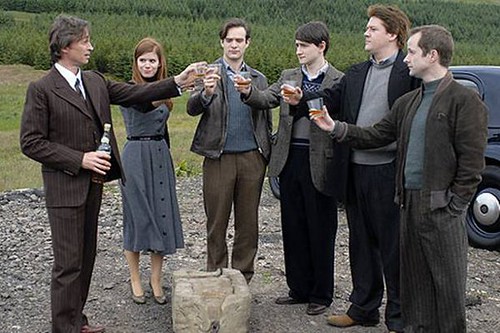 It was not a forever triumph over the English, but it was good enough.

The film is worth seeing, especially without the subtitles. And the Resident IT Consultant got so fired up he [re]read Ian Hamilton’s book about his exploits as a young man, which we had on our Scottish shelves.