This page-turner debut thriller, set in Germany, gives a bleak view of a country about to take over the world. We see how the German people have been taught to think, and what is expected of them, whether schoolgirls or soldiers. 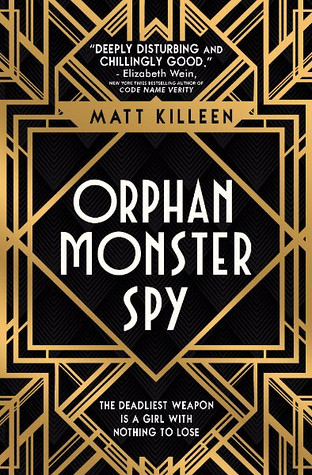 Newly orphaned 15-year-old, but looking much younger, Sarah, finds herself alone in Berlin at the outbreak of WWII. Alone, apart from a British spy calling himself Helmut Haller. The thing about Sarah is that while she is Jewish, she is blonde and Aryan looking, so her ‘uncle’ Helmut sends her to a leading boarding school for young Nazi ladies.

The British want to find out about an invention for what sounds like an atomic bomb by a wealthy German scientist, and it is ‘Ursula Heller’s’ task to befriend his daughter to get close to the lab.

There are some lighthearted moments, but mostly it is grim; cold, muddy and with bad food, and as much peer bullying as you’d expect in certain British schools.

Sarah has many skills, and they come in handy during what turns into a horrific and increasingly bloody schoolgirl spy trip. Maybe those skills are a little on the unlikely side, but this is a fantastic wartime thriller, as seen from the inside of Germany. Only the fact that it is a YA novel made me feel that maybe everything – well, you know, most things – would be all right at the end.

If it is the end. I can see lots more happening here.

One response to “Orphan Monster Spy”