Apero in the woods

Did you miss me? 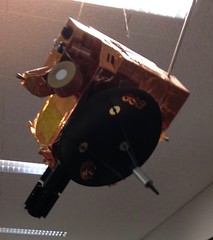 I’ve been away, stabbing tomatoes in the woods. Or more precisely, that was Daughter. I was standing by. Her friend, Rosetta Girl, had a PhD to defend. It’s what they call it in Switzerland. And Daughter said she’d help with the food for the apero, which is what they call all that drinking of wine afterwards, and I said I’d help her help.

So there we were, in the woods in Switzerland, a stone’s throw from the French border, stabbing tomatoes with toothpicks. I had my passport with me, in case I strayed. I’m so impressed by the language skills of these people. Rosetta Girl is a native Spanish speaker, but did her PhD-ing in English and French. Just imagine being clever in two foreign languages in a subject like astrophysics. 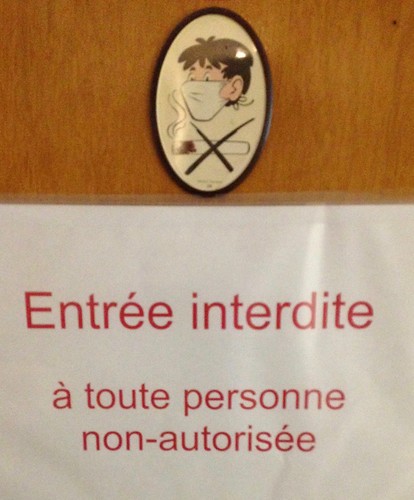 I was allowed into the kitchens, where it appeared Daughter’s French had improved to such an extent that she didn’t understand the instructions on how to use the dishwasher much better than I didn’t understand them. While the defending was going on in the Aula, Daughter and I watched empanadas cook in the oven, eyed the Chilean sweets, and carried lots of food and drink into the Observatory café. 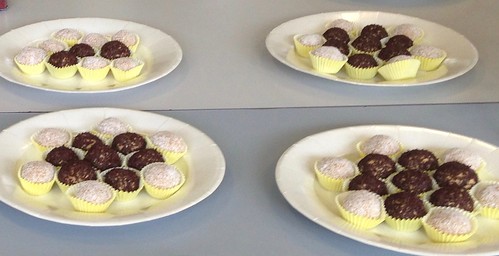 We made it into the Aula for the verdict, which even if it was in French, I understood to be ‘very good.’ Daughter then showered Rosetta Girl with gifts, before the professors and assembled postdocs ran for the wine and nibbles. 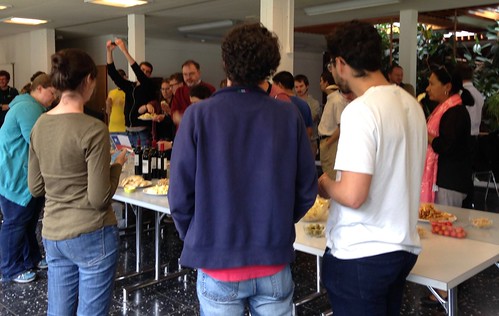 (This served as a good dress rehearsal, for when we will have our own apero.) 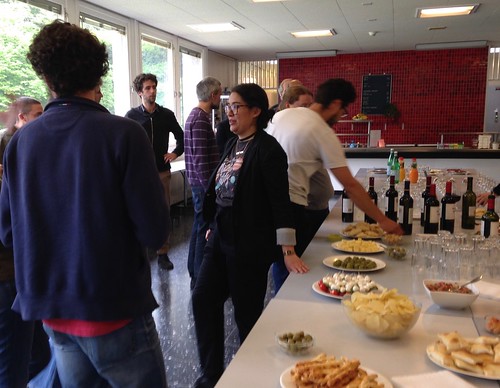 After the last professor had been forced to finish the last wine by some careful wielding of damp cloths for wiping everything down, and the furniture was rearranged back to normal, and my performance had been so impressive that another friend wanted to book my services for her defense later this year, we did end up almost going to France, if only to avoid too long a wait at the bus stop.

This entry was posted in Blogs, Education, Languages, Travel. Bookmark the permalink.

One response to “Apero in the woods”