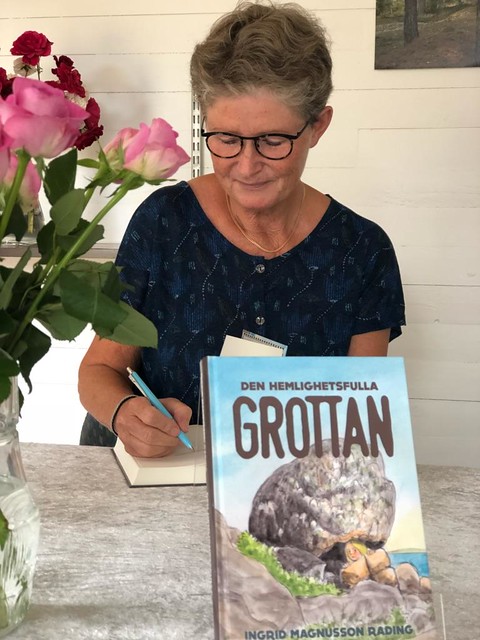 Yes, another launch. One I didn’t go to, but I had planned my holiday flights before I knew Ingrid Magnusson Rading was thinking of launching her new children’s book Den hemlighetsfulla grottan (The Secret Cave) at midsummer. In the chicken house. 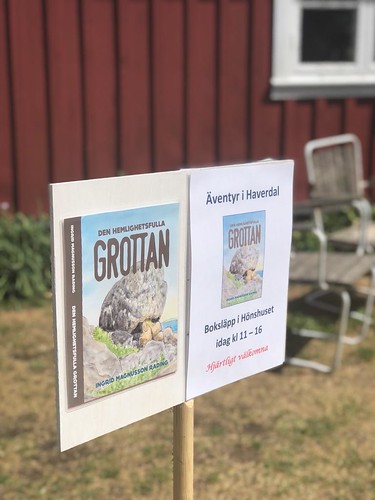 That is much better than you might think. Haverdal, where the book is set, has an old farm which has been restored to be used for public functions, and you can hire all or parts of it. And Ingrid has a fondness for the chicken shed, which is where she launched her first book, the coffee table one about Haverdal. 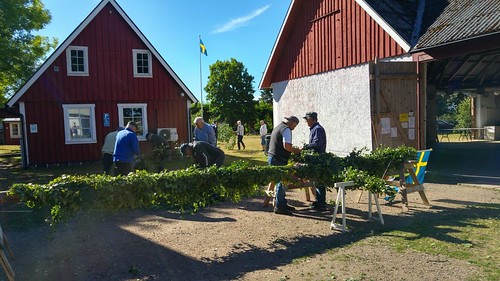 It doesn’t get much more beautiful, or typically Swedish summer, than this. The weather was gorgeous. Naturally. And outside her shed the men put the finishing touches to the Maypole (yes, that’s what it is, even in June). I’d like to think that every visitor who came to dance round the pole, also popped in for a book from Ingrid. 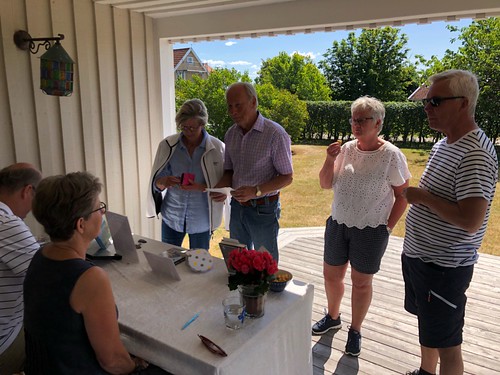 On the second day she launched the book some more from her own cottage. They don’t believe in being lazy, these authors. They write and they bake. Mini muffins, since you wondered. And on day two I spied Ingrid’s lavender crisprolls. Recipe in the book. 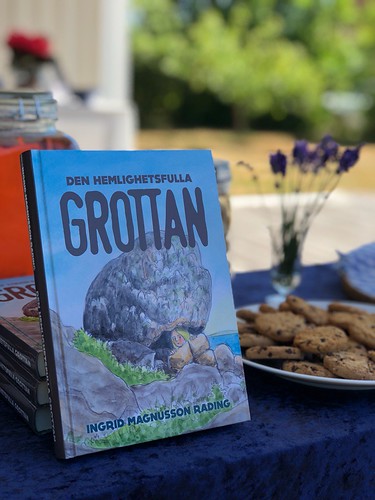 So I’d say there was only one thing wrong with this launch. I wasn’t there.