Houdini and the Five-Cent Circus

I freely admit to not knowing a lot about Harry Houdini, other than marvelling at his abilities to escape. It seems he had a ‘normal’ childhood as Erik Weiss, and that’s what Keith Gray has written about here, when Erik was eleven. 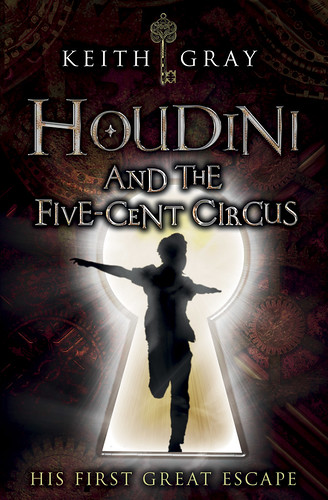 At some point I wondered how Keith knew all these things about the young Houdini, but soon realised that authors make things up. So this might be true, or it might not be. It still gave me valuable background to the great Houdini.

Erik’s friend Jack dares him to unlock all the shops in the main shopping street in their little American town. At least in this book, Erik displays autistic traits, so he does as he’s told, and can see nothing wrong with it.

Along with their friend Mattie they end up having another couple of adventures, based on Erik’s skill at picking locks, and you can see how he works out the direction he might go in, for some real success.

Really enjoyed this early window on someone so famous, reminding me that we all have to start somewhere.