That’s my fourth day, which to my surprise turned out to be a Wednesday and not a Saturday, meaning I was able to contemplate a much better train home. And as I said to Daniel Hahn when I waylaid him on his way in, having just the one event felt positively holidayish.

We exchanged fond memories of an event at Waterstones piccalilli three years ago, which Daniel seemed to remember even more of than I did.

I was there ‘early’ because I’d agreed to meet up with Toddler Tollarp and his mother. So we had a couple of hours chatting about everything under the sun. Almost. Unfortunately for TT, he slept through most of it, not even getting cake!

Sitting in the greenhouse watching the bookfest world go past, I saw Beverley Naidoo and Jackie Kay. Later on as I checked my train timetable outside the yurts, Nicola Morgan ran past, but I knew she was in a hurry, so didn’t run after her.

It was a pleasant afternoon, which meant lots of people were enjoying drinks on the yurt decking. Saw Alan Johnson and Allan Little walk to their event. 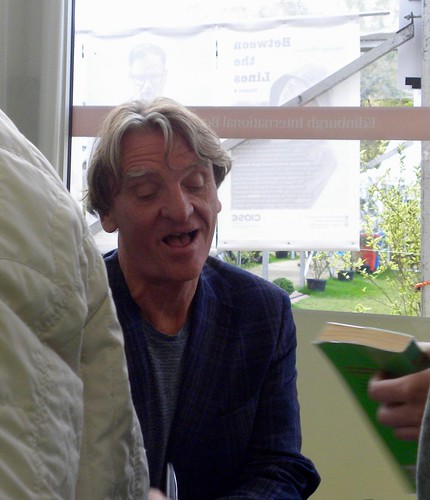 Strolled over to my lone event with Melvin Burgess, Steven Camden and LJ MacWhirter, who were talking to Agnes Guyon. Chatted to friendly, but hungry, lady in the queue, who had a poetry tale to tell. Those are always the best. 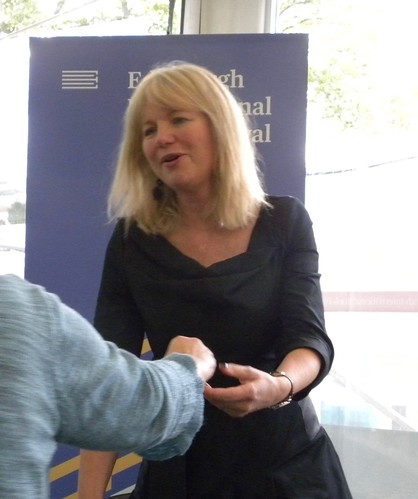 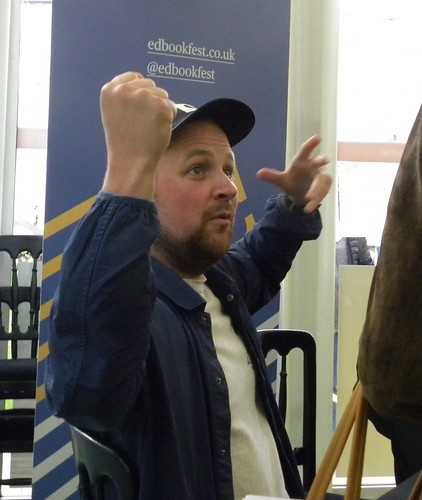 Afterwards, I had my good train home in mind, so made sure the photo session in the bookshop was swift, and I didn’t stop to chat. So you know what happened then, don’t you? The train was late.