The Moomins of Moominvalley 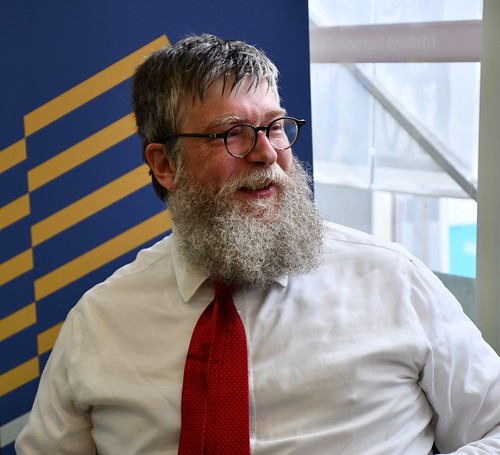 As we entered the Corner theatre at Sunday lunchtime, there was a creature sitting quietly in the corner (where else?) of the room. It was Philip Ardagh, pretending he wasn’t already there. Quite eerie.

Once Jane Sandell had introduced ‘the best’ author, big in Germany (I’ll say!), Philip asked us a question. I’m afraid I have forgotten which one, but we all raised our hands, and he commented on our ‘fine variety of armpits.’ 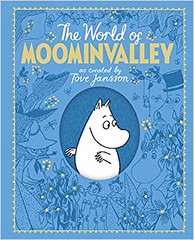 It seems there is more to Tove Jansson and the Moomins than the mugs.

The young Philip liked going to the library. He also liked book tokens. In the library he discovered his first Moomin book, which was Comet in Moominland. (Snap.) Before long his collection of Moomin books had grown, later supplemented with some ‘nice to have, stolen property’ in the shape of a few early hardbacks, so battered and unwanted the library didn’t want to keep them.

(We had better mention that Philip obviously didn’t mean any of these admissions to criminal behaviour.)

Getting on to business, he showed us his own new book about the Moomins – The World of Moominvalley – with pages and pages of facts about every last little creature in Moominland. He’s done a lot of research, although he did also have the help of an assistant. And he’s been hanging out with Sophia Jansson… 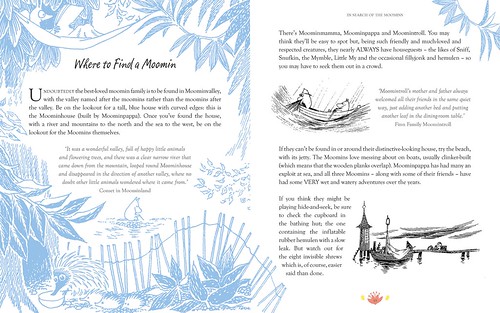 Philip is Sniff. (At least he didn’t say Little My!) There was some pondering on how – when you are not wearing clothes – you can have a pocket watch. Also, what’s the difference between a Snork and a Moomin? (Snorks can change colour.) The Moomins have a different kind of ancestor to you and me; as their ancestors are still alive, coming out to live in their house when the rest of them hibernate.

Frank Cottrell Boyce wrote a couple of chapters for this book, as he’s a Moomin fan, too. Apparently, he is also married to Little My. In Philip’s words, Frank ‘is an extraordinary man, and so is his wife…’

The audience was quite a knowledgeable one, meeting Philip’s standards regarding all things Moomin. There was one hairy moment discussing ‘girly pink’ but it was almost OK.

Another author in the yurt had informed Philip that ‘you’re exhausting.’ Something to do with his Sheldon-like fascination for certain things, maybe?

I hardly snoozed at all. At one point the Photographer prodded me to make sure I was awake. And I was. Really. (It was the early start. Nothing to do with the Moomins. Or Philip Ardagh.) 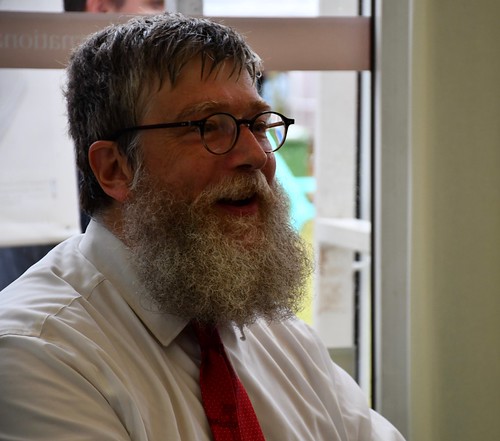 ‘I’ve been sensational,’ he told us, when it was time to go.