Death on the Edge

It was lovely to be offered a short story by Sara Paretsky last week, as we wait impatiently for her new novel Shell Game which will be out in four weeks’ time.

Death on the Edge features V I Warshawski back in her childhood neighbourhood, sorting out a fatal dispute with a school background, under the critical eye of her former boyfriend Conrad.

It’s a story that has all that you expect of a V I story, except that it is shorter.

Aimed at the American market (or did the rest of us just get forgotten?) it’s not entirely easy to buy this short e-story. But I set the Resident IT Consultant to work, and after masquerading as his younger brother for ten minutes, the story was in my possession. 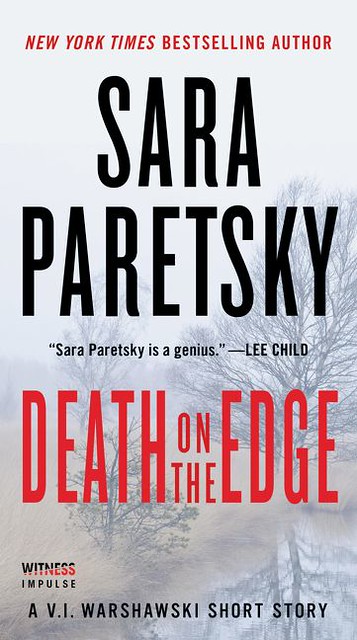