Did I know that?

No, generally not. Or at least, I didn’t remember it. Not even to the extent that when it got mentioned again (really?) there was some flutter of recognition.

I asked Son if he saw any Nobel laureates at the Gothenburg Book Fair. He didn’t. I only asked because the Resident IT Consultant and I spent a recent afternoon getting rid of books. We got to one by Orhan Pamuk, and I checked it for a signature. Nope. ‘He signed a book?’ ‘Yes, we kept coming across him everywhere for a couple of years,’ I said. And then I spied another Pamuk book, which was allowed to stay, but I wanted to know if the imagined signature was in that one. It was.

I asked Son if he saw any archbishops. He didn’t. But he did add that he was annoyed at having had to miss an event with K G Hammar, seeing as he’d translated something that the emeritus archbishop had written about Dag Hammarskjöld. ‘I didn’t know that.’ ‘Yes, you did,’ he said. (I later asked the Resident IT Consultant what he knew. He knew nothing.)

Son did see, and have a drink with, Andreas Norman, whose thrillers he has translated. Seems the first one, Into a Raging Blaze, is – potentially – very close to becoming a television series. Move over The Killing, The Bridge!

I have also had reports back from School Friend, who was enthusiastic about her two events – with Stina Wollter, and Anna and Ola Rosling – and Pippi, who apparently met an author whose mother she used to play with when they were children. So, as I said, it’s a small country.

I so loved this book, and the fact that although Mal Peet is no longer with us, he left behind writing to be turned into new books for us, who loved him and his writing. Described as a ‘haunting novella’ by David Fickling, I’d say that this [adult] retro story is a full length novel, if you apply the measurements for books as they were then, shortly after WWII.

Martin Heath returns from the war, and doesn’t quite know what to do with himself. His nerves aren’t good, and he drinks too much. Eventually he is interviewed by the mysterious Mr Godley and given a job at his home on Dartmoor. The job description is a little vague, and we’re not quite sure what Martin’s employer really wants or why he chose Martin. 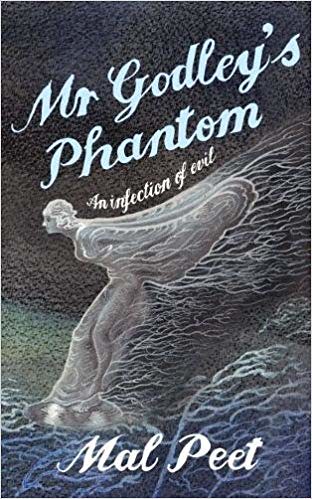 It’s hard to describe the story without spoilers, but Mr Godley’s house hides secrets, and the local women who work for him also have their own unusual histories. And then there is Martin, shaking, looking for drugs.

Mal has hit the head on the nail perfectly, both as regards the period – or so it seems from here – and in creating a strange little plot that doesn’t really take you where you expected to go.

The Glass of Lead & Gold

Cornelia Funke’s The Glass of Lead & Gold is that best of things, a beautiful, small volume consisting of a Christmas story that can be read at any time. Written in English and illustrated by Cornelia herself, it is set in her Reckless world.

In an alternate, past London, we meet Tabetha, an orphan trying to survive by searching for ‘treasure’ in the Thames mud. Just before Christmas she’s asked by a stranger to look for a sliver of glass. A specific sliver, for which he will pay well.

There is a ‘soup kitchen’ and a troll, as well as a one-armed waitress, and together they work some Christmas magic. 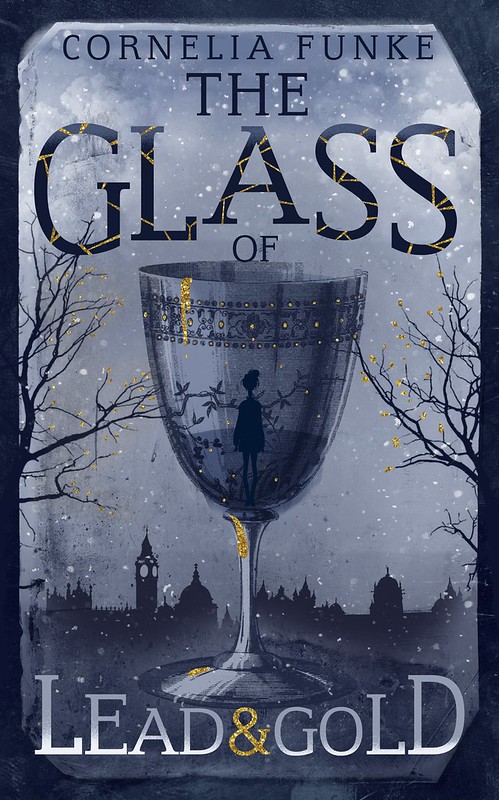 I reckon anyone would love to discover this in a stocking, or to have it to read in the months leading up to Christmas. It’s small and could lead to better things, just like the sliver of glass.