It is the 11th day of the 11th month, 100 years on. I can’t think of a better way to mark it than with White Feather by mother and son Catherine and David MacPhail. 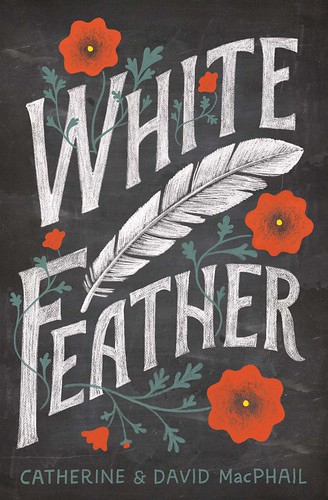 Ostensibly about a coward soldier in WWI, we discover early on that Charlie, who was shot as a deserter, is believed by his mother and younger brother Tony to be nothing of the kind. And the awful thing is that neighbours even handed Tony a white feather, on behalf of his dead brother.

Tony sets out to discover what might have happened to Charlie, and to clear his name. This is a short, dyslexia friendly, story, but it packs a lot into those few pages.

And today we can think back to Charlie’s terrible fate, and that of many other unfortunate soldiers, and we know they were all brave, whether or not they ran away from the fighting. How could anyone thrive on the horrors of this war? Today we know that it didn’t stop other wars from happening.

Let’s remember all who suffered through this time, one hundred years ago. They did it for us. What have we done for them?