Another Costa for Hilary!

I sensed that Hilary McKay was most probably going to be this year’s winner of the children’s Costa award. But I didn’t want to say so, since it’s so hard to deny things in a believable way if cornered.

“Children’s writer Hilary McKay collects the Costa Children’s Book Award for the second time for The Skylarks’ War, a story following the loves and losses of a family growing up against the backdrop of World War One which the judges called ‘as perfect a novel as you could ever want to read’.”

How right that judge is.

And Hilary was up against some good ones, so it’s never easy predicting. Or for that matter – I imagine – to judge.

Yippee for Hilary and her Skylarks! 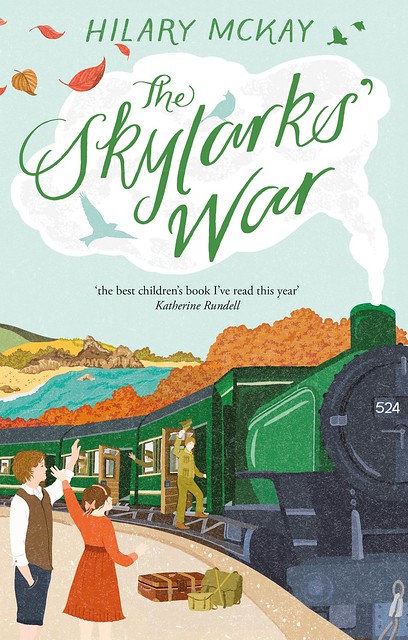