Between one M.A.S.H. and another

The other day, Son became one year older. This happens every now and then, to many of us.

I got him a card, with a badge, with a number, which he wore for at least an hour or two. The Resident IT Consultant served up some Indian food, which was all the more welcome as we had banned Son and Dodo from coming here to eat on New Year’s Eve, due to lurgies. 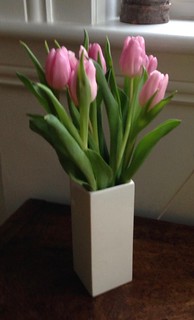 And – having put them on the Resident IT Consultant’s shopping list – I was supplied with the tulips I’ve always hankered after on this day, feeling I needed to be rewarded for my contribution to all this.

I drew the line at baking a cake, though. I got some small caterpillars for our elevenses, of which I was able to eat the broken-off corner of one caterpillar ear. I reminisced about M.A.S.H. which was the last thing I watched before Son arrived, and it was also his very first television programme, mere hours after being introduced to his home. I have always been proud of how well I organised my television viewing, with no missed episodes while I was ‘doing’ other things. 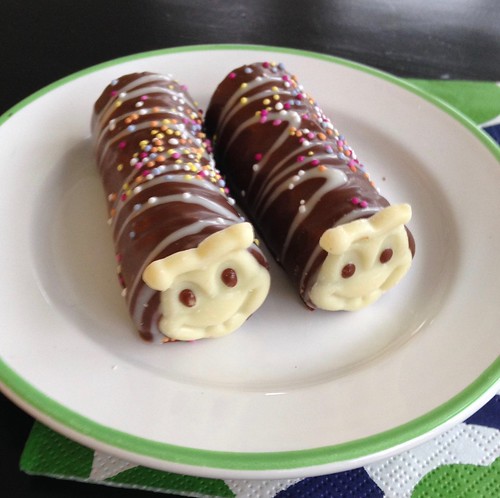 This year, after the caterpillars, Dodo and Son went to Dundee to celebrate. As you do.

This entry was posted in Blogs, Television. Bookmark the permalink.