Daughter was flabbergasted to discover her old mother was capable of finding a webcast from the conference she’s at, and that I watched her give a talk. Live. (It was worth a try. Beginner’s luck, perhaps, but I found it, and even sent it on to the Resident IT Consultant to watch as well. So we sat in separate rooms watching our child say stuff about stuff we know virtually nothing about.) 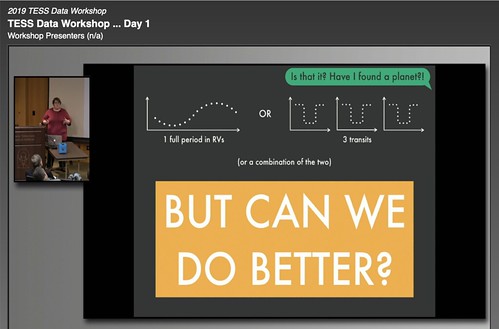 But anyway, the webcast. Don’t tell me it exists if I’m not meant to look for it. My evening meal suffered a little. I managed a rush job of slice of bread with cheese and an apple, as the webcast from Baltimore started in what was their early afternoon.

Daughter was pretty impressive too. Obviously.

This entry was posted in Blogs, Education, Travel. Bookmark the permalink.