Guardians of the Wild Unicorns

Suddenly there are unicorns everywhere! And I thought they were extinct. I mean, not real. They are mythical creatures often found in fiction. As in Lindsay Littleson’s brand new book Guardians of the Wild Unicorns, where they are an endangered species. But real. Maybe.

Of course they are. Rhona and Lewis can see them clearly, starting when abseiling while on a week’s wildlife experience with school.

And when they find a .., well I can’t tell you what they find. But they know they have to do something and go looking for unicorns to save. In case they are real. Which they are. 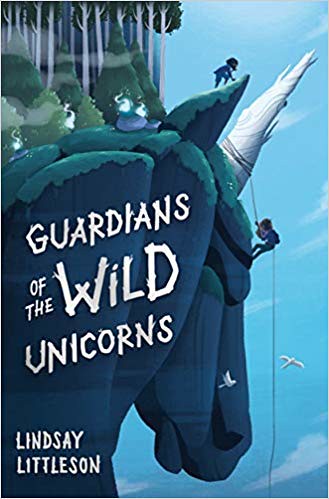 But there are bad people in this world, even in the beautiful Scottish Highlands, and the two children know they need to act before it’s too late. It’s quite magical, but also very real and gritty.

Lewis is a loner who would rather do anything but be out there in the wilds. His only friend, Rhona, loves it, but then she has kept her home life a secret, meaning Lewis has no idea what she’s wanting to escape from. At least she’s nice and warm in the jacket from the school’s lost property box.

Together these two courageous, and occasionally scared, children meet magic in the woods. And their teachers have no idea!

This entry was posted in Authors, Books, Reading, Review and tagged Lindsay Littleson. Bookmark the permalink.