No one launches books as thoroughly as Moira McPartlin.

Her Star of Hope was launched at Blackwells in Edinburgh last night. I have been informed that there was wet cake involved. (It rained.) That’s more than can be said for many other launches, often relying on nothing but crisp crisps. 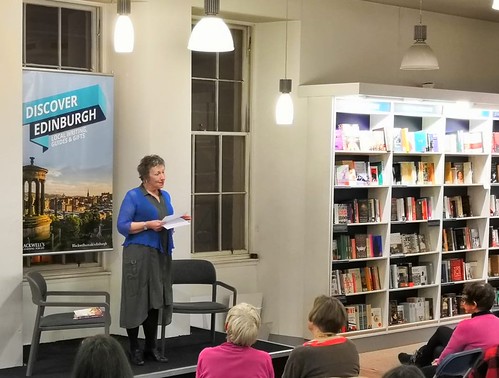 At least Moira had no Beast from the East to contend with, unlike this time last year when book launches got stuck in snowdrifts all over the place.

Tonight Moira launches a little bit more, in the Central Library in Stirling. I have as yet no information regarding the state of any cake, or indeed if one is expected.

If I’ve not been misinformed, there are plans for a third launch next week in Glasgow. I would like to think that by then Star of Hope is flying all over Scotland. And further.

This entry was posted in Authors, Blogs, Books, Bookshops and tagged Moira Mcpartlin. Bookmark the permalink.