If you’ve ever worried about where in your family you fit in, then this book is for you. Kirsty Applebaum’s The Middler looks at a future society where it matters – very much – if you are a first child, in the middle or the youngest. It’s an honour to be the firstborn. Until you turn 14 you are treated best and don’t have to do chores when your younger siblings do. It breeds discord. 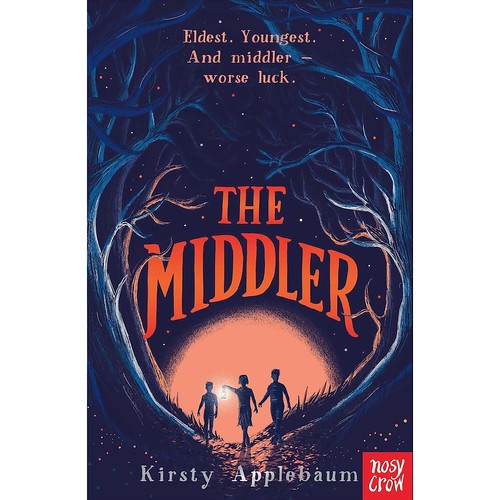 Maggie is the one in the middle. No one pays any attention to her. She’s not supposed to have any worthy qualities. While Jed, her older brother, on the other hand…

Until the day comes when he is to go away, having turned 14 and he’s had his leaving party. His girlfriend, who’s also to leave the same week, tells Maggie the truth. They are going away to fight in the war for everyone else. It’s a sacrifice. And no one ever comes back.

You must also look out for the wanderers who live outside their safe villages. You must never cross the boundary. Wanderers are dangerous people.

And, well, Maggie meets someone like that. And she finds out something else as well. She needs to be both brave and to act quickly.

But who will listen to a middler?

This is a great story. It has many of the things we already know, but put together in a new order. Maggie has lots of good qualities. As has her younger brother Trig.

This entry was posted in Authors, Books, Reading, Review and tagged Kirsty Applebaum. Bookmark the permalink.

One response to “The Middler”