Astronomers in Action – another science book by Anne Rooney – has brought the action much closer to home than what I’ve found in general astronomy books. I kept recognising concepts and words that have surrounded me for the last eight years, and I still found it fascinating. I hope the book will inspire many young people, either to read more books like this one, or to take things a step further and study astronomy. 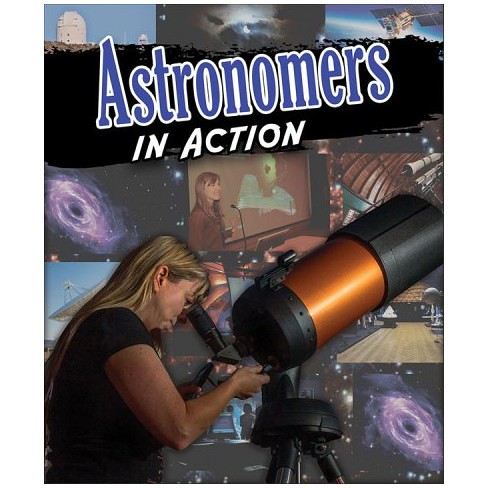 The thing about writers like Anne is that they are good at explaining complicated stuff in a way that makes the reader understand. She is no astronomer, so perhaps that is why I suddenly ‘got’ the difference between Kepler and K2. Both have been mentioned almost daily in the Bookwitch household, but I was never entirely certain exactly what was what. (Sorry!) Or possibly I merely forgot.

This short, picture book-length volume shows us the people who work with astronomy. There are several ‘From the Field:’ pieces, telling us what normal people get up to when they work in this kind of area. There is the chap who turned up in Big Bang Theory, Neil deGrasse Tyson, who I gather is famous. And there is, well, Daughter, who has chased exoplanets for some years now. 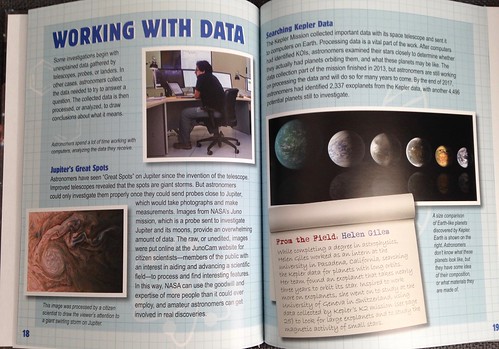 And others. Let’s just say I felt right at home with these people, their computers and their telescopes. I’d like to think that this good feeling will reach many readers. It’d be good for budding scientists, curious to discover more. They, too, might find an unknown planet rattling around in space one day. (The temporary working name for the ‘Bookwitch planet’ was Helen’s World. It has now been given a boring long-digit name instead. Now that it’s real.) 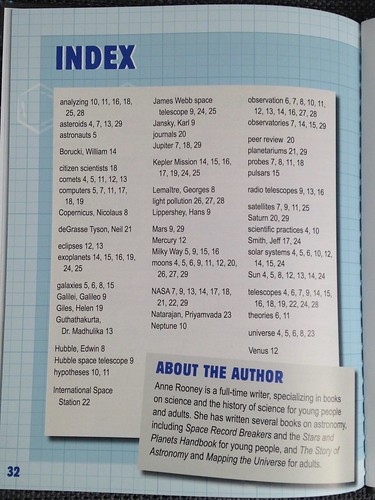 You will know why I wanted to read Astronomers in Action, but I was surprised by quite how much fun it turned out to be. Short enough to be an easy read, and interesting enough to capture your attention.