Embarrassingly out-of-date. Or an antique?

Can’t remember what made me get the old atlas out. We were talking about something or other.

At some point in the mid-1960s Mother-of-witch bought a new atlas. It was about time. She’d had an absolutely ancient one for about 25 years or so. It was all brown and generally embarrassing. The old one, I mean.

I was very pleased with the new atlas, even if it wasn’t mine but hers. I could still study it. And study it I did. Aren’t atlases great?

It is now being held together with brown parcel tape, mostly due to excessive crossword-puzzling by Mother-of-witch. It was one of her reliable sources, so no wonder the spine died.

But last week we got out the old brown one. I think maybe we’d been talking about Berlin and train lines, and I felt that they could surely be found in the 19th edition, published in 1940? 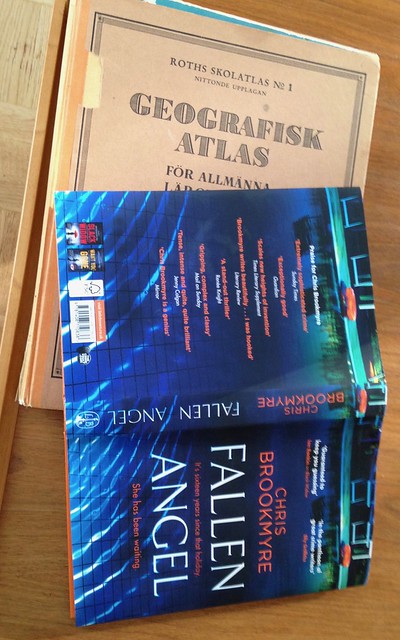 It’s fascinating! The railways, yes, but also all the dated stuff from 1940, where they had simply over-printed some information from the 18th edition three years earlier. I’m guessing that school pupils understood about the changing maps of Europe right then.

And it’s no longer embarrassing. There’s so much to see and think about. Besides, it’s in far better condition!