Owen and the Soldier

I’ve never considered talking to statues, or even those waxwork figures you might find yourself sharing a bench with, at first believing they are real.

But of course they are real! In some sense. 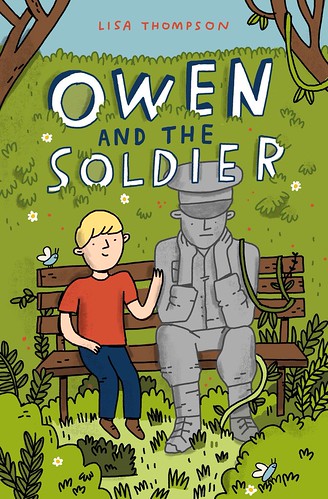 In Lisa Thompson’s Owen and the Soldier, 13-year-old Owen talks to a stone soldier in the nearby park’s war memorial corner. His life isn’t great, and it helps to chat to this soldier who seems so good at listening.

And then he discovers that the council are going to make ‘improvements’ to the park and the old soldier is due to be removed. In the midst of trying to deal with his problems at home and the demands of school, he needs to save his soldier friend.

This story could empower readers both to tackle problems and to seek a conversation partner for when they need to talk. Brief, but lovely.