Yes, we did make it, to the year’s hottest defence. In the midst of a continental heatwave four of us from Scotland sweated our way through the kitchen duties and the astrophysical elements of Daughter’s PhD defence, in those woods on the outskirts of Geneva. Our two guests had not imagined anything like what they found… 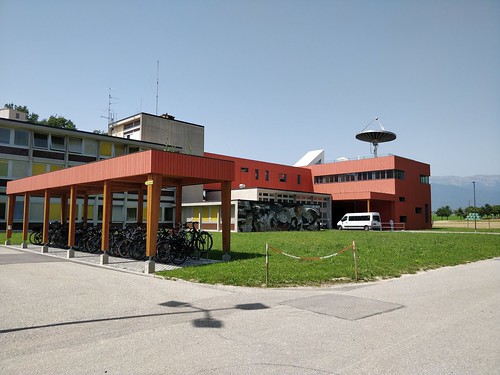 Dr Son was unable to make it, having some prior date with Daniel Hahn. Which is understandable. Dr Dodo was off to a dark corner of the US. We did, however, have the company of Cousin Riverside and Helen Grant, without whom we would most likely have ended up as two sad puddles on the Observatory floor. I don’t have words to describe how wonderful they were.

But I will obviously do so, anyway.

Serendipitously I had last year’s dress rehearsal to guide me, and as I cleverly managed to have knee issues on the day, I mostly directed the others from my spot in the kitchen, where our multitalented linguist Helen quickly grasped the finer details of the dishwasher instructions from the Observatory’s ‘dinner lady.’

Tables were shifted and food laid out. Riverside opened wine bottles, Helen threw streamers and I blew up the balloons. The Resident IT Consultant did much running and lifting. Daughter lined up her fan – the kind that blows cold air at you – plus her large bottle of Evian and her slides, and even remembered to change out of her ‘pyjamas’ before we trooped into the Aula to hear her talk on planets and stars. 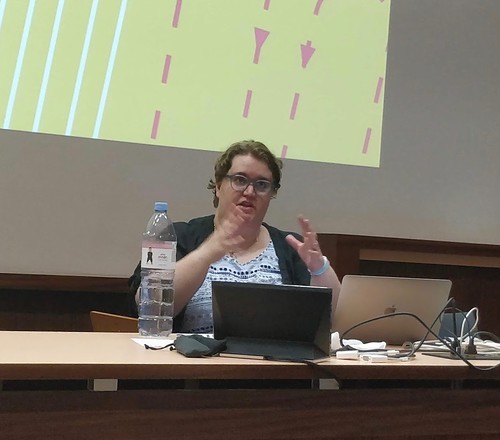 45 minutes later, the 45 minutes for questions from the six-strong jury grew to over an hour, followed by a half hour of deliberation. We used the time for progressing the wine and nibbles, making sure nothing melted too much. 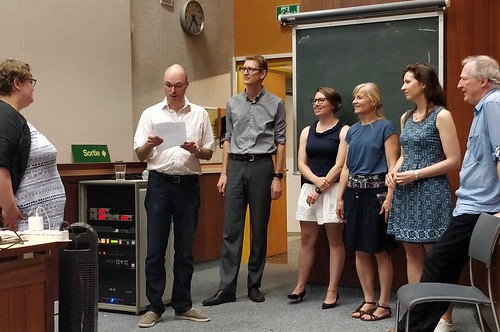 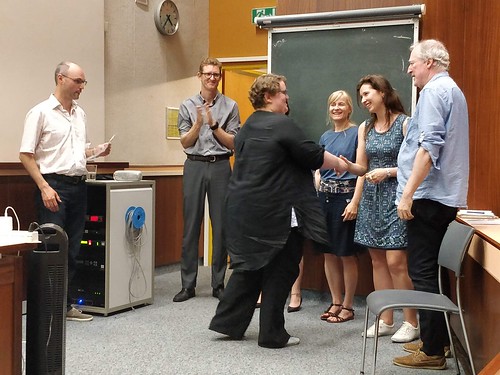 And then it was back to the Aula for the verdict, which was ‘très bien’ which is just as well, as there was no need for any rash action from me. Hands were shaken, the thank you speech was delivered, and so were countless – mostly Moomin – gifts. Unicorn slippers. (I waited until Dr Daughter came upstairs to hand over my flamingo…) 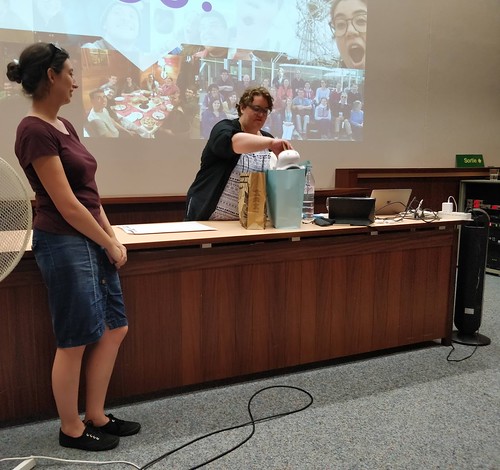 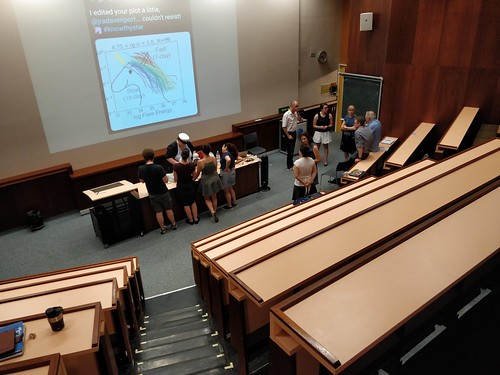 Wine was drunk, and much water, and the nibbles were nearly all eaten. There was even some haggis, which people enjoyed. (Presumably because they didn’t understand what it was.) There was chatting.

Eventually we – by which I mean the other three – cleared things away, and then we got into the car to go to Geneva for a post-doctoral dinner at Little India. Dr Daughter guided the Resident IT Consultant past all the roadworks, and then we hopped out, leaving Helen Grant to assist him with finding a parking space!

A very nice meal was had by all who came, including five sixths of the jury and those friends who had not decamped to see the solar eclipse in Chile. 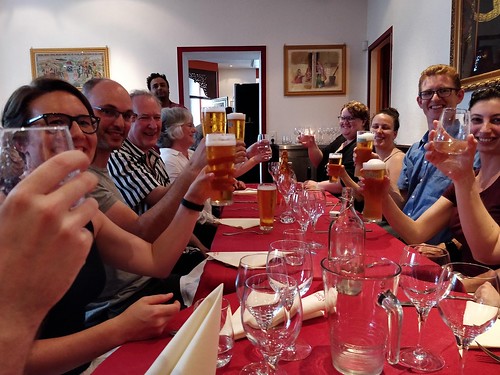 After all this we were suitably tired. And, er, sweaty beyond belief.

Massive thanks to Helen Grant for doing photography duty as well. And to Riverside for being so calm and well organised. 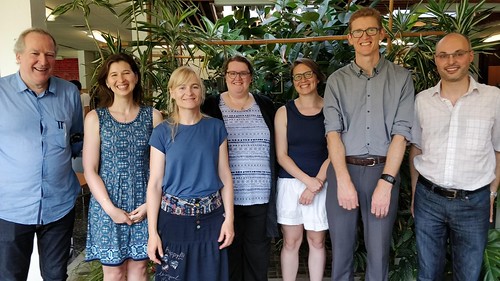 (You have to admire their colour coordination!)

2 responses to “The hottest defence”