We talked mostly about toilets. Sometimes you need to cheer yourself up when you’ve strayed too close to the state of things today, as Daughter and I found when we had coffee with Theresa Breslin and Kate Leiper after their Stirling Tinkerbell event on Friday. 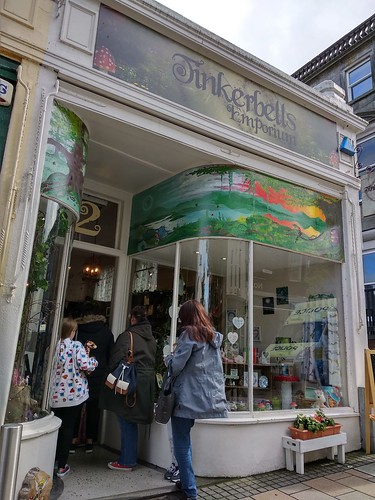 Tinkerbell had invited them to do a signing of An Illustrated Treasury of Scottish Castle Legends. We were quite gratified to find a queue out in the street when we arrived. (Not surprising, I suppose, as we discovered the sign outside promised singing by the two ladies…) 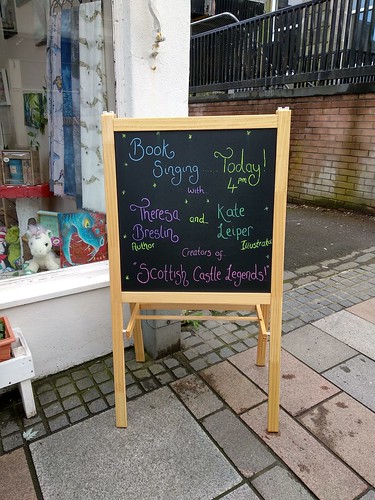 The deluge of rain had stopped, so we sat on a stone wall outside in the [pedestrian] street, next to the parked police van, studying the fans and waiting for room to enter the shop ourselves. 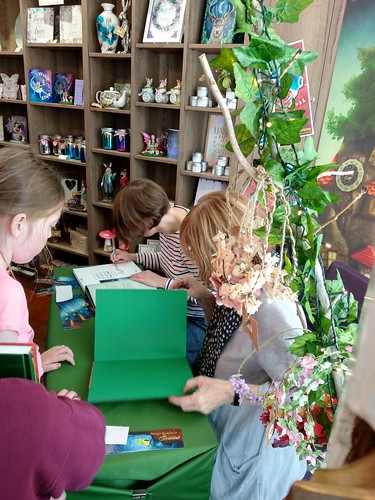 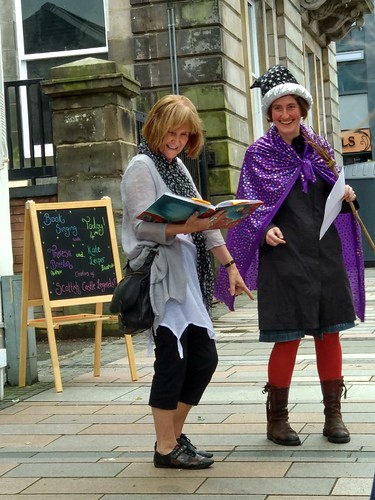 We went in to chat for a bit, and Daughter might just have had a slight accident, buying something lovely-looking. Then all of us trooped outside and sat on the stone walls again, while Theresa read her Stirling-based story, with Kate as the crazy man who thought he could fly. Thankfully she only jumped off the wall in the street, not the side of Stirling Castle. 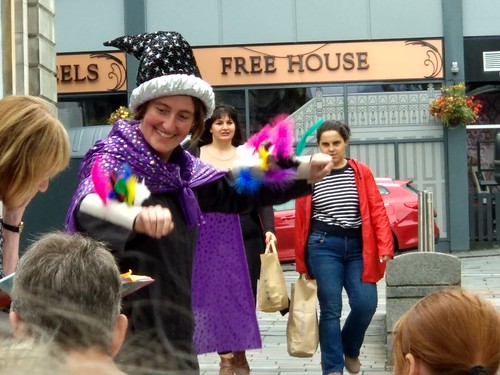 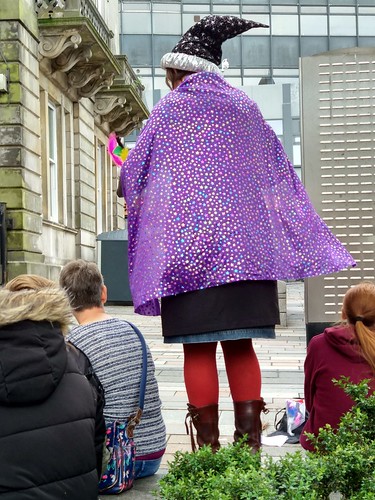 Daughter and I went off to secure and warm up some seats at the Burgh Coffee House before the ladies arrived, each carrying a gift bag full of shop goodies. Where will they keep their new dragons?

Then it was all toilets and laughter.  There were tales about a librarian, and about Terry Pratchett, even a disposable Starbucks mugs, ‘fuel’ in other countries, and so on.

And then I might have suggested they perhaps had trains to catch. They did. I obviously wasn’t trying to get rid of them, but they had further to go than we did.