Fun, and hardly any rain, in Charlotte Square

It was an odd moment. There I was in the [authors’] yurt, and the two people the two Offspring aspire to be like, were both present. I don’t see how that can ever happen again.

Anyway. We had to be up early to get to Edinburgh in time, so actually got up even earlier and had breakfast before doing any festival work. Then we queued outside the Spiegel tent for our first event, with Dr Sheila Kanani, who just happened to be Photographer’s mentor at Space School many years ago. 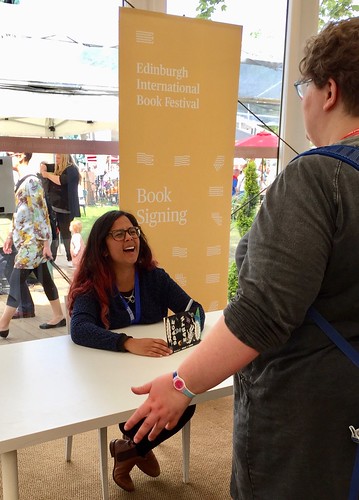 And afterwards as we hung around for the signing in the bookshop, we spied Frank Cottrell Boyce, looking rather like Chris Riddell’s alter ego, complete with flapping shoelace. Before we got round to tying it, I found Lynne Rickards, so had a nice chat with her, and I believe it was the day’s first mention of cellos.

Also chatted with Sarah Broadley, who was Sheila’s chair, before we all walked back to the behind-the-scenes area, for – well – more chatting. Discovered Jo Nadin in the yurt, sitting right where we all tried to fit in, which meant that the number of Doctors in the yurt went up again. We all had lots to talk about, and we were literally left holding a baby. Twice. I suppose we looked trustworthy.

Daniel Hahn came over to say hello from Son. I think this must be why I don’t see Son so much. He sees other people instead. Chris Close did planet stuff with Sheila, so we are looking forward to seeing the resulting photo after her workout in front of his camera. Meanwhile, Frank Cottrell Boyce came in, with a couple of young Cottrell Boyces. They seemed very nice.

Since I had agreed to meet the publicist from Sandstone, we said goodbye to the assembled doctors and went to buy a salad before finding Ceris, who was sitting outside the other yurt with a group of my ‘colleagues.’ Lots more chat, including the second cello reference of the day. There was also more space talk, and the books by Astrid Lindgren came up. 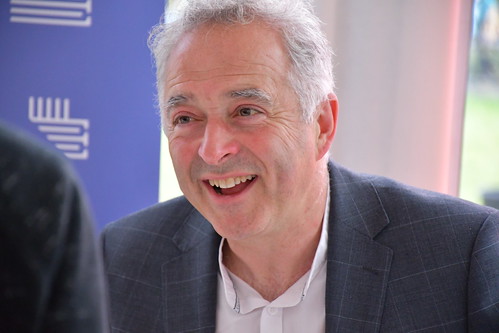 Then we had to run for Frank’s event, chaired by Lindsey Fraser. It rained. It wasn’t supposed to rain. In the bookshop afterwards I was finding out why Lindsey had her arm in a sling, when Diana Hendry came up to ask the very same thing. Seems like you just had to stand still, and authors would come from all directions. 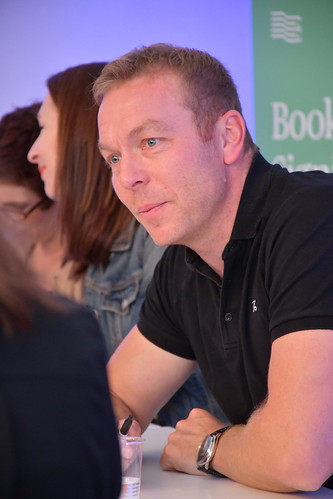 After some ‘light’ sustenance, the Photographer and I hit Charlotte Square one last time [for Tuesday]. Went to have a look at Sir Chris Hoy signing books in the company of his author Jo Nadin and illustrator Clare Elsom. They had a Very Long Queue. 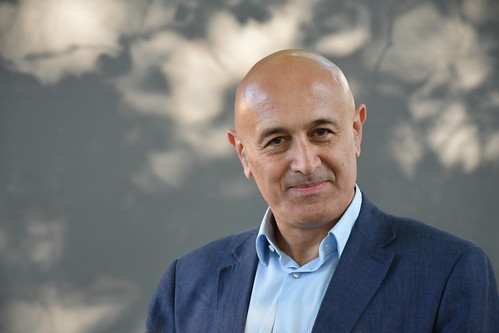 The last attraction of the day was Jim Al-Khalili, another doctor and professor and scientist and all that. Photographer went to speak to him, as one scientist to another. And possibly had a photo taken with him.

I tried taking a picture of one of the ducks, but that failed spectacularly. And then we went home. It was a mostly fine day. With much science. And space. 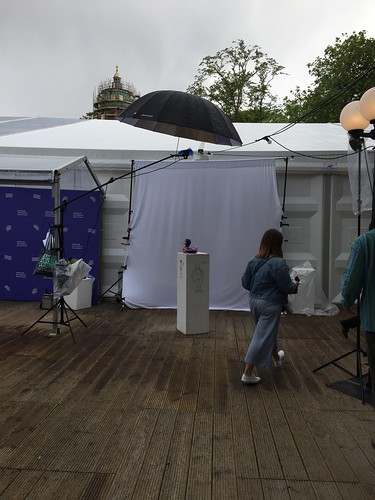 See, that’s the duck there, right on top of Chris Riddell.