This time round it’s a lot easier to visualise the British as the bad guys, the way they continue to act in Andreas Norman’s second novel featuring the Swedish Secret Service, returning to see more of its agent Bente Jensen. The gloves already being off, I was quite prepared to hate the British agents. I felt almost as if it was my own fault – for ignoring the [untranslated] part of our most recent former PM in Into A Raging Blaze, the first novel by Andreas – that what happened happened. I remember laughing at her… 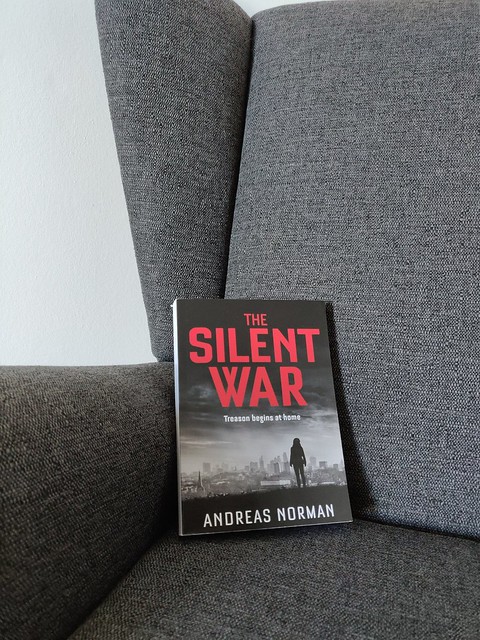 Anyway, we see much more of the two main agents, both Swedish Bente and her British counterpart Jonathan Green, and we learn a lot about their private lives. It might seem too much, but it’s all relevant. And the title, The Silent War, is so apt. Just wait and see, as their lives fall apart. They are no James Bonds.

The bad stuff is mostly what MI6 get up to in Syria, in ‘secret,’ and we meet Jonathan’s highly unpleasant London boss. The thing is, they are all really nasty types. I kept hoping for a ray of sunshine somewhere.

The slow start eventually develops quite explosively. I can’t possibly divulge more, though. You’ll have to read the book.