Malorie Blackman has still got it. I was concerned that after so many years since the first four Noughts & Crosses novels she would have lost momentum, but with what’s going on in the world to inspire her, there is little risk of that. In fact, more than ever, Malorie has hit the right spot re what’s wrong with our country. It comes across as just as bad, whatever the skin colour of the people doing wrong things to others. 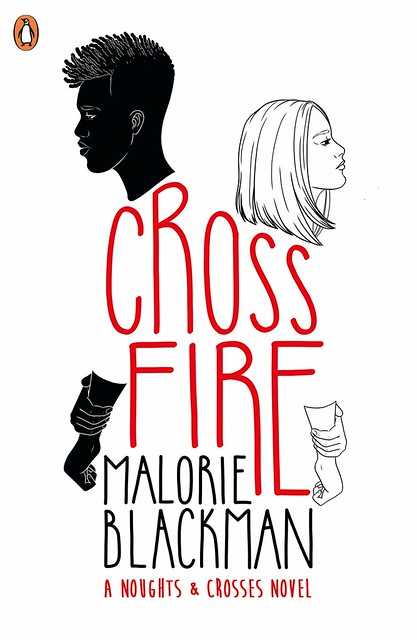 The intervening years had made me forget exactly how we left Callie Rose and Sephy and Tobey. But it didn’t take long to get back in there, and it felt like returning to old friends, and getting to know new ones. Troy and Libby are the next generation, still at school, and formerly great friends but now at logger-heads over colour issues and politics, as well as their different chances of having a good future.

Troy is the black son of Sephy, half-brother to Callie Rose, and Libby is the white daughter of Tobey and Misty. And yes, Tobey is now Prime Minister – the first Nought to get that far in politics.

There is much going on here, and I won’t list it. However, I will mention that this book has no plot ending, but finishes with a resounding cliffhanger. It’s probably for the best, as the issues at stake are far too big to sort out in one volume. Just like our own troubles, which occasionally appear to be just the same.

I’ve been saying for some time that I’m not ready for a Brexit YA novel. But this story, set in an alternate Britain, is just about something I can cope with. Upsetting and heartrending, but not ‘real’ real. Just awfully real, all the same.

This entry was posted in Authors, Books, Reading, Review and tagged Malorie Blackman. Bookmark the permalink.