This relatively short – because it’s for Barrington Stoke – novel by Elizabeth Wein, featuring a Polish teenager at the outbreak of WWII, is as wonderful and, yes, life affirming, as you’d want it to be. 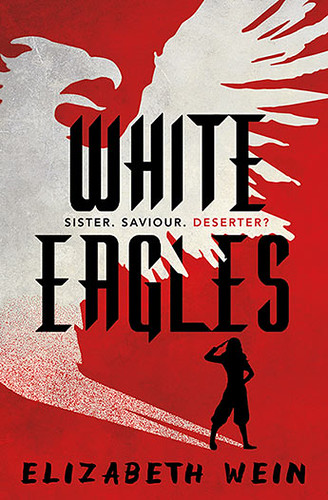 I would obviously have welcomed a much longer novel, but White Eagles confirmed that you can have a full grown novel with few words. It’s as heartrending as Code Name Verity, as exciting and as sweet, as well.

Again, it’s worth being reminded that war didn’t only start in Britain. It broke out all over Europe, and it was equally devastating, or possibly more so. It’s easy to forget. And reading White Eagles I realised that there may well be an outbreak of fiction to ‘celebrate’ that it’s now 80 years since the war began. Unless one doesn’t mark the start?

18-year-old Kristina is a flying instructor in Warsaw, but when the Germans invade, she soon finds herself having to escape, with her plane, and before long nothing is as she’s known it.

Kristina is another young pilot in the mould of Maddie from Code Name Verity. I can read any number of stories about these early female pilots.

One response to “White Eagles”