A definitive guide to HDM

I occasionally fantasise about having written this fantastic reference book – The Definitive Guide to Philip Pullman’s His Dark Materials – but then I catch myself and I know it’s not something I could even remotely have managed. But I don’t mind knowing the woman who did write it.

The guide first came into my hands over twelve years ago, and it was hard to believe that someone was out there who had not only read and loved the three books by Philip Pullman, and who was crazy enough to write a detailed analysis of every single thing in that trilogy. As Philip himself says, whatever you want to know about the world he made up, it’s all in the guide. He ‘can’t recommend it too highly.’

And now Laurie Frost’s reference book is back in a new fresh version, just in time for the second Book of Dust – The Secret Commonwealth – which is published today, and for the soon to come television adaptation of the original story. If you don’t already have a copy, you will want one, if only so you can show off and obsess and look up anyone or anything you may have forgotten. 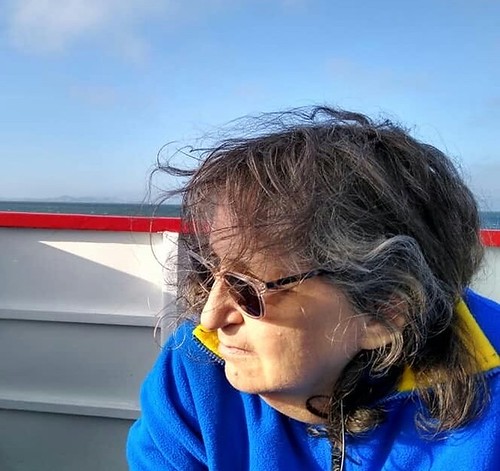 What on earth possessed you to sit down and write the book?

I figured, if I didn’t write this guide, someone else would. I expected someone was already writing one, so I found Philip’s home address and sent him a few pages. At this point, work was beginning on the National Theatre production and The Golden Compass movie, and he was getting a lot of questions a book like mine could answer.

If it was now, would you start a book like it?

I was 20 years younger and had a better memory and more energy. I’m far better at doing nothing now. I have no desire to deal with publishers ever again. So, no.

Had you ever written a book before it?

Yes. I re-cast my dissertation as Reminiscent Scrutinies: Memory in Anthony Powell’s A Dance to the Music of Time, a small and eccentric meditation. The little academic publisher and its warehouse burned down years ago.

In fact, did you know it would turn into a book rather than a pamphlet?

It would either be a book or nothing. It passed pamphlet length after a few days!

Has anything been changed since the first – how many? – editions?

Different covers. The 2019 edition has newly drawn maps. I added a sentence or two.

Are you tempted to add The Books of Dust to the guide?
.
Somewhat. But I’d do separate ones for the interludes and Book of Dust. Unless a publisher paid me upfront and handled the page numbers, I wouldn’t do it with the same level of detail.

What are your thoughts on La Belle Sauvage?

La Belle seems prophetic to me on the dangers of climate change and a wake up call regarding the historic and contemporary instances of family separation and undermining of the family as a fundamental unit of stability and humanity.

Have you any specific hopes or expectations for what will happen in The Secret Commonwealth?

I’ve long thought that the found materials at the end of Lyra’s Oxford would mean a visit to the Mid-East. This has been confirmed in this week’s New Yorker interview. The title makes me expect more time in alternative realities, compared to La Belle, almost exclusively set in Lyra’s.

Will you race through the book, or go slow, savouring the experience? Or have you had access to an advance copy?

Did any of the many stage versions of HDM get close enough for you to go and see one?

Not remotely. I haven’t been overseas since 1979.

What did you think of the Golden Compass film?

I thought the movie was awful. It was way too short. It was unsatisfying to readers and incomprehensible to newcomers.

And what do you think the new television adaptation will be like?

I will watch the mini-series, and I think a longer format will work better than the film. But these are novels of the mind. Consider Moby Dick. Credible action movies have been made of the plot, but none approaches the encyclopedic essence of Melville’s masterpiece. The daemons seem like they would be a cool way to reveal a character’s thoughts, but they really emphasize how much the novels are about body, soul, and mind, making them hard to translate to film. We will see. They will probably work better for people not meeting daemons for the first time.

Do you have a daemon?

Well, as a human, I must. But I haven’t glimpsed him. I argue with myself a lot. So I guess that voice is my daemon’s.

How has your life changed through writing the guide?

The best thing that has come from writing the book is the kindness of Philip’s support.

Also, I will have something my kids and theirs can see as evidence that their mom had a curious mind. Or was a bit obsessive. Or both.

Can we expect to see you in Oxford one day? There is a bench waiting for you to sit on. 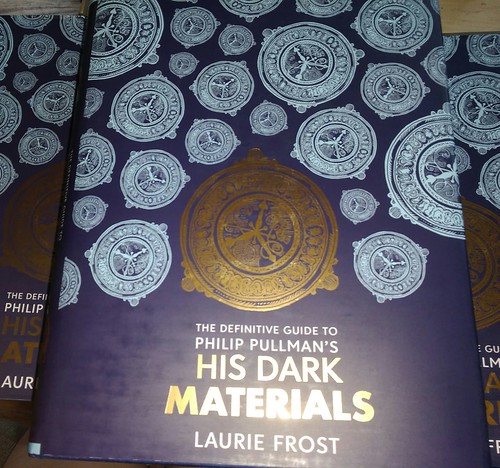 3 responses to “A definitive guide to HDM”