The Bookshop on the Shore 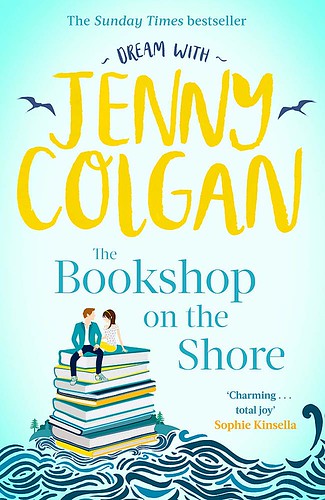 Yeah, I’m not used to adult romantic fiction. I used to read a lot of it, decades ago, and now that I had worked out that Jenny Colgan writes this stuff and not just children’s books or Doctor Who, I felt the time had come to investigate.

I gather this latest story about a [mobile] bookshop on the shores of Loch Ness builds on at least one former book by Jenny. Her Nina, now pregnant and in need of a temporary replacement, somehow arranges for Zoe to move out of London, where she and her mute four-year-old son Hari have lived in impoverished circumstances.

So it’s that perennial dream romantic book lovers have of moving to a new life somewhere completely different and meeting more books. And love. At first I thought she’d got the wrong love interest there, but he grew on me a little. And I dare say the other chap could come back in some other book.

There are children. They have problems. The local village is another problem, along with its residents who want what they have always had. Nina herself, is another problem to some extent. She wants things done her way.

But Zoe is, well, she knows what is right and stands up for her own ideas, and she loves little Hari, and overcomes most of the other issues. Because it is that kind of story.