A friend thought I’d like Spirit, by Sally Christie. She was quite right.

When football-mad new boy Matt tells his class that he’s seen a fairy in the woods, things don’t go well. Being crazy is not the best way of finding friends, although Matt does start a friendship of sorts with the girl next door, Jazzy, who is very much not his type of person.

While studiously avoiding football, Matt returns to the woods with Jazzy, to see if there are more fairies. Jazzy is especially keen, as she’s playing Ariel in The Tempest at school, even if Matt gets pretty tired of hearing about Shakespeare all the time. 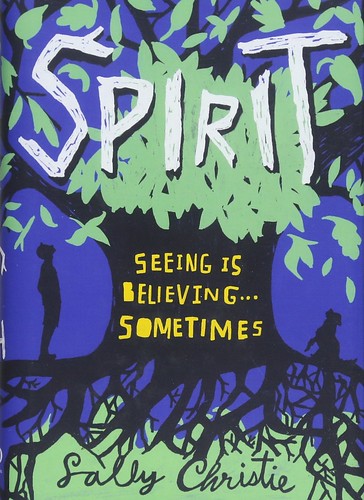 However, in the company of Jazzy’s little sister and Matt’s dog, they do see stuff in the woods [Burnham Wood..!], but the question is what, and if it means anything.

As with many situations within friendship groups at school, there is much that can go wrong, and this is no exception. Expect more bad stuff than you might think, but also some magical developments.

This entry was posted in Authors, Books, Reading, Review and tagged Sally Christie. Bookmark the permalink.