Seems the trolleyful of wine wasn’t for us. It was Jackie Kay’s, for her Black History Month event at the University of Edinburgh’s language department.

Oh well. I was on a date night, as was the Resident IT Consultant. We had come to speed date a new generation of Swedish authors, who’d been invited to Edinburgh to talk writing and translation, with a group of translators from SELTA. Their debut novels had not been previously translated, but the translators present had worked on some parts of the books, which we were able to read.

Not being entirely sure where we were heading, I decided to follow Son – because this was his baby – when he took his group of authors and translators off to the meeting room. And then they just disappeared!

I was only three steps behind and saw them go down the stairs and turn left. They were not in that room. The only thing remaining was the unlabelled door next to it, which led to a short corridor, from where Son appeared again, letting me through a door on which it said No Access.

So that was straightforward enough… Tried to text this info to the Resident IT Consultant, but there was no signal. He got there in the end. 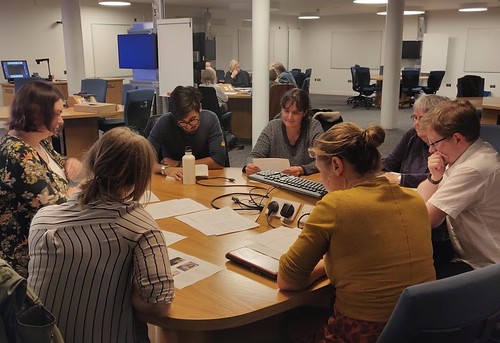 I wasn’t sure about this speed dating thing. One author and his or her translator sat at each table. The rest of us joined one of the tables for a brief reading, followed by a discussion. And then we were rotated anti-clockwise to the next author and translator. I was with two of my favourite translators, A A Prime and Guy Puzey, plus another translator and ‘Mrs Perera’ who belonged to one of the authors. 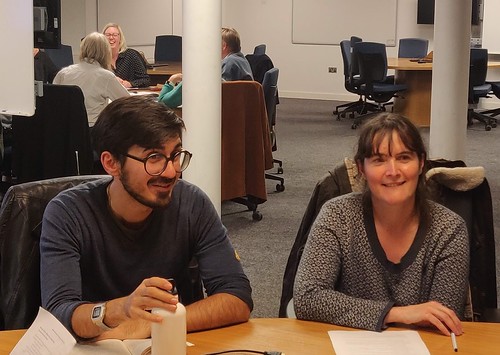 We started with Adrian Perera, who is that very unusual thing, a Swedish-speaking Finn, with a Sinhalese parent. His book Mamma, written mostly in Swedish, also features Finnish, English and Sinhalese; some of it spoken badly by the various characters. I gathered this made translating the text a bit tricky for Kate Lambert, because how do you convey how bad the Swedish or the English spoken by the Finnish doctor is?

But it wasn’t until I asked how old the main character is (seven) that sentences like ‘The whole Looney Tunes gang is covered in vanilla ice cream,’ made sense. Really fascinating. 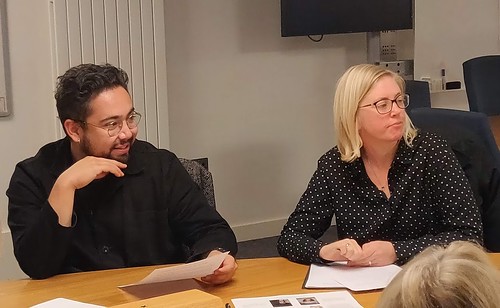 Anticlockwise movement brought us to Joel Mauricio Isabel Ortiz and his Aussie translator Hanna Löfgren. Himself coming from Latin America, Joel had borrowed the title of a poem by Gabriela Mistral for his novel, The Story of a Son/Sången om en son. I enjoyed his reading from the book, and we were amused to be told that Joel feels there is so much sex in his novel that he won’t ever write another one like it.

He also reckons he has finished the book and moved on, and he had worried whether he’d be able to discuss it with us. (Seems to have gone just fine.) Translator Hanna brought up the necessity for her to add the word ‘I’ in lots of places. Joel had been told by his publisher to remove most of them, because that’s how people speak these days. Except it doesn’t work in English. 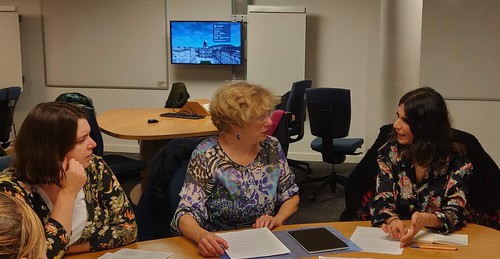 Up and on to Kurdish Balsam Karam and Fiona Graham, whose translation of Event Horizon/Händelsehorisonten was very beautiful. It really got to me when I read it. Balsam read a page out loud, if rather quietly, from this story about refugees and some kind of rebellion, where the punishment when getting caught is either execution, or being sent into a black hole in space.

I’d be interested to know how that goes, but understand that there is no clear description of what actually happens. Balsam feels that Swedes don’t have much idea of what martyrdom means, whereas Fiona had been shocked by the torture described in the book. 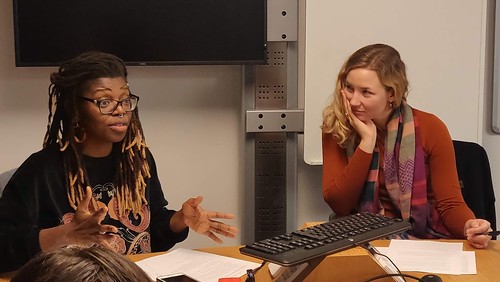 Last but not least we came to Kayo Mpoyi and Alex Fleming, where Kayo was exclaiming about reading the same extract for the fourth time. But for us it was new, and I’d like to think that the subsequent discussions didn’t all go in the same direction for every group. Set in Tanzania, the story is about a family, two young siblings, maybe a curse on a name, and there is – possibly – a young god who appears every now and then. More a god like the Greek ones, rather than the One Up There, whom so many of us think about.

Kayo has a lot of thoughts and theories about life, and she’s not sure what language she uses to think about it in. Her characters are not Swedish, although the book is written in that language. She herself thinks in several languages.

This whole speed dating was a lot better than most of us had been expecting. We got up close to four authors and four translators and got a brief look at a book we’d probably never otherwise have encountered. Also, what good English they all speak!

And I didn’t have to marry anyone.