Launching When We Get To the Island

When he discovered he was wanted to drive me to Alex Nye’s book launch last night, the Resident IT Consultant spent the afternoon reading her book, When We Get To the Island. And as he said, it’s very Thirty-Nine Steps and a bit James Bond and quite exciting. 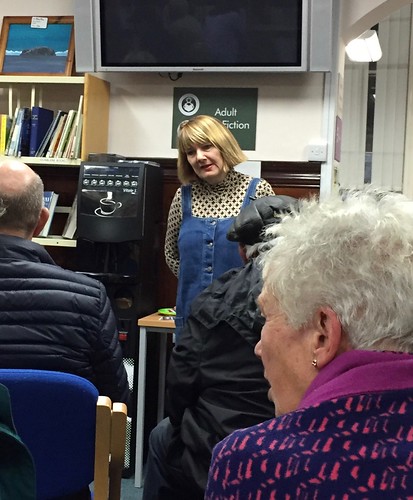 It was a successful evening. The librarians kept carrying in more chairs, and then some more, and offering tea because it was such a wet and stormy night, as well as the wine and crisps. They have a nice library in Dunblane. And enough chairs, eventually… 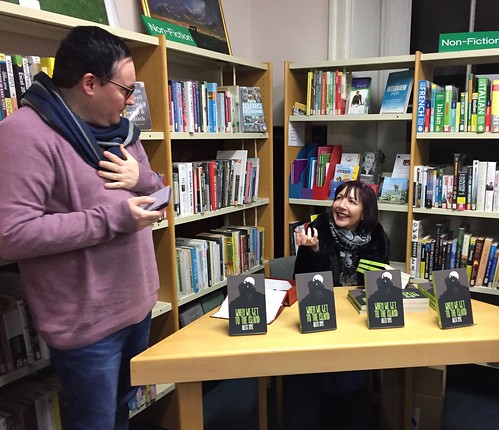 Alex started by telling us a bit about the background to the book, the refugees being smuggled into the country, and the state of being a ‘looked after’ child in foster care. She read an excerpt from the last bit of the train journey, only partially insulting the Duke of Sutherland. (Not much at all, really.)

Talking about the petrochemical industry near ‘Grangefield’ her dog worriedly joined in. I had thought the ‘carrot topping’ business in the story somewhat farfetched, but it seems Alex has experience of this herself, including the dangers of trying to cut semi-frozen carrots with a sharp knife. 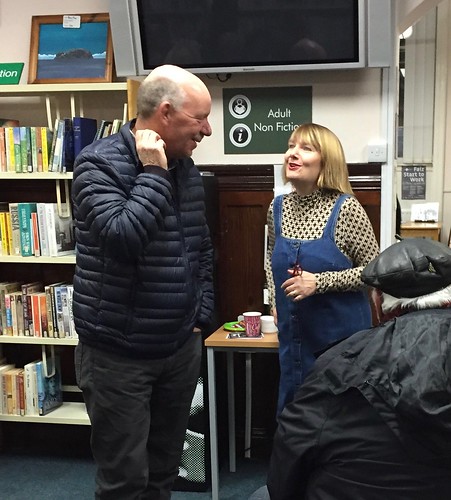 She had had some difficulty seeing a happy ending to a book about trafficking and fostering, which both the Resident IT Consultant and the Nye dog loudly agreed with. Here Alex’s publisher Clare pointed out that it’s an exciting adventure book, and the dog on my right reckoned she was right. (She is.) 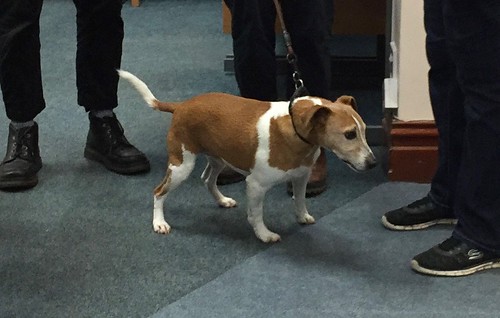 Before we were allowed to mingle again Alex read another short piece about her characters in a flooded tunnel and then she stopped right there, leaving a library full of people on a cliffhanger! They’d need to buy the book after that.

Clare Cain was selling books in a corner, but rejected the dollar bills offered by Alex’s sister who was visiting. It’s hard to remember what money goes where… 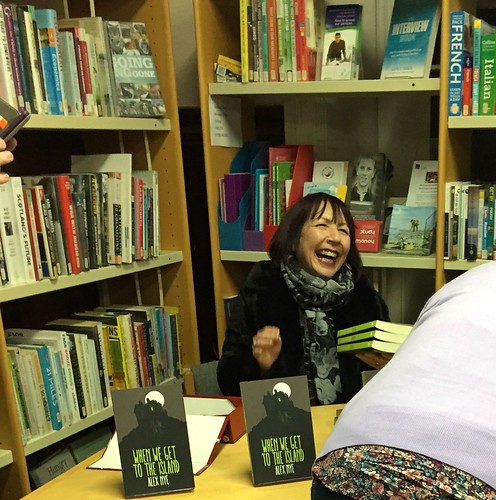 And then we gossiped a bit with Kirkland Ciccone before braving the storm to go home again.