I suspect Declan Burke’s new novel would make a good film. In fact, I have no way of knowing that it’s not already happening. Set in Hollywood, slightly under a hundred years ago, it would be appropriate. And I do enjoy humorous films.

The Lammisters is completely different from Declan’s other crime novels, which – mostly – take place in Ireland, featuring inept and sometimes bad characters, but usually also very funny ones. If they talk too much, it’s because they are Irish.*

Here, though, is a narrator who uses a lot of words. Long words. Fancy words. Complicated sentences. Footnotes. That sort of thing.

Not being as well read – or educated – as the Guardian’s Laura Wilson, I don’t know Laurence Sterne, although I have heard of him. I gather it is his style that Declan has gone for. The review in the Guardian was very positive, which is well deserved. To my mind, all his books ought to have got a mention there.

It’s a period I like a lot, and coincidentally it’s the second of two crime novels set in that period that I had lined up over Christmas; one on each side of the US. (More about that tomorrow.) And the cover is fabulous. 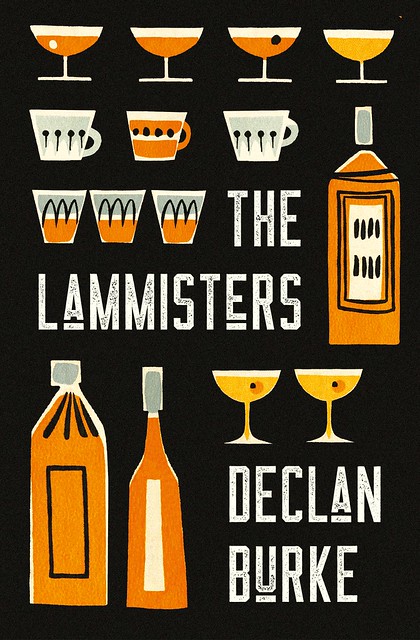 * Apologies for the stereotyping…