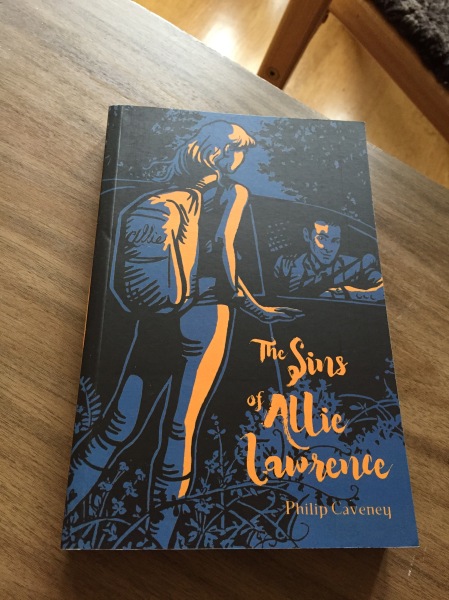 The other day I discovered a lone book on the coffee table. That is unusual. Mostly I have a pile of three or four, that are either queueing or are emergency spares if things take a turn for the worse. But there I was, with just the one book. It’s Philip Caveney’s latest, which he’s about to launch this week. I now stand a small chance of reading the book by then. The Sins of Allie Lawrence. I’m scared already.

The Costa shortlist, by which I obviously mean the children’s Costa shortlist, turned up in the paper this past week. I’d like to think it’s because newspapers always feel this is important stuff, and not that they are keen to fill pages easily. I’ve only read one of the shortlisted books, Meg Rosoff’s The Great Godden. But as I looked at the five author photos, I could count meeting three of the writers. Should I get a hobby?

I’ve got On the Cover of The Rolling Stone whirring around in my head. At the time – like in the early 1970s ? – I didn’t really know The Rolling Stone. But as Dr Hook sang so wistfully about it, I got that it was a big deal. Not sure what authors dream of, but I imagine that ending up on the cover of The Bookseller can’t be a totally bad thing to happen. Very happy for Liz Kessler whose new book, When the World Was Ours – out in January – is covering the latest Bookseller.