Where was I? Last week I claimed to have taken a leaf out of Chris Riddell’s book, albeit not literally. He had a blank sketchbook when I saw him, and I simply had to have one too, when I found some for sale in the Bodleian’s shop.

There were several books on a table. All very attractive, but one spoke to me more than the others, despite being a bit beige and plain. It reminded me of something Mother-of-witch might have read when she was young. 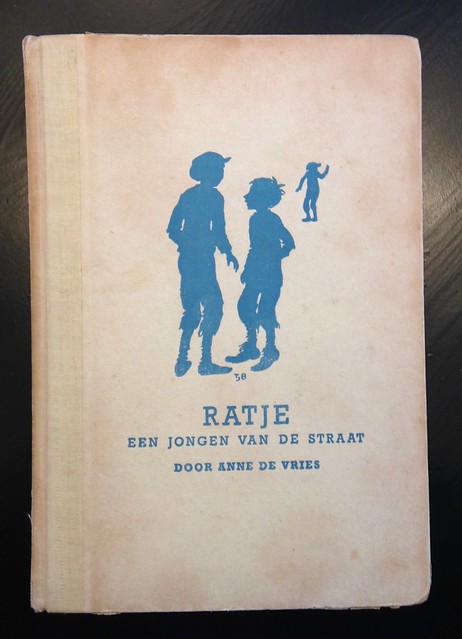 Once upon a time it had presumably been a Dutch children’s novel, whereas now it ‘just’ had the cover, with blank pages inside for Riddell masterpieces, or stupid words by me. The author was Anne de Vries, and I was rather taken aback to discover that Anne was a man.

Anyway, Anne’s book is called Ratje, Een jongen van de straat, which I take to mean Ratje was a child of the street. He looks it, if you apply the standards of maybe 80 years ago. Haven’t found a date for the story.

It’s a bit worn, and a bit watermarked. It’s lovely. 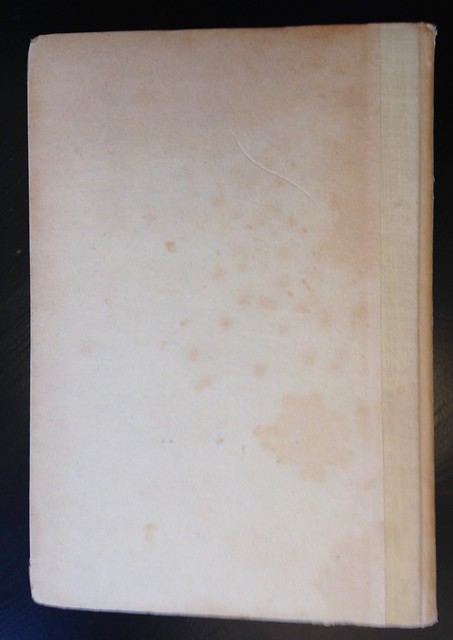 As with that other notebook I told you about once, chances are I will never ruin it by writing in it… And it wasn’t quite as cheap, I have to admit.