Occasionally you just have to cry. A little. When a book is so wonderful it is all you can do. 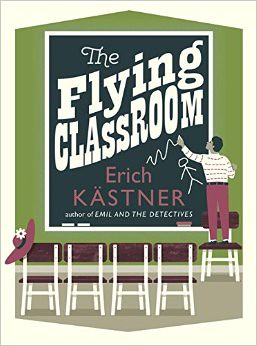 The Flying Classroom by Erich Kästner, illustrated by Walter Trier and translated by Anthea Bell, is such a book. You can take my word for it.

If you know Erich Kästner you will know this is an old story, like Emil and the Detectives. First published in the 1930s it’s a marvellous piece of history, as written by someone who didn’t know it at the time, but who just wrote what was natural and normal. Finishing in the Kur-fürstendamm before the war, it necessitates historical somersaults for someone my age. You know, what it was, what it became, what happened after, and finally what it is now.

Set in a boys’ boarding school, it is far removed from the traditional British story set in a similar place. The Flying Classroom – a school Christmas play – is only incidental to the plot, which focusses on a group of five or six boys, who I think are around 13 years old. Both young and mature at the same time. They are lovely.

So is the school and their house master and a man outside school whom they befriend. Even the boring headmaster is lovely and the boys’ dry German teacher as well. But this is no cloying loveliness. It simply is. 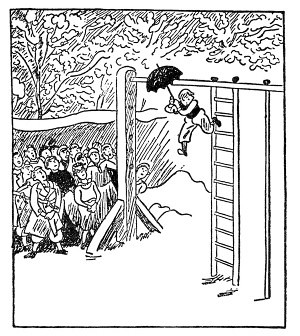 There is the abandoned boy, the clever but poor boy, the large and hungry one, the little ‘cowardly’ one, and so on. They all get on and all look out for each other. They even ‘get on’ with their arch enemies from another school, for goodness’ sake!

If you want to use your hanky, I can thoroughly recommend The Flying Classroom. It is sheer old-fashioned Christmas goodwill to all mankind and love and friendship. Boys are allowed to admit to loving their mothers. This book moved me to a place that few books do.

It was seeing the film that had me even less enthusiastic about reading Inkheart than before. Not that I found the film bad. It was great. I suspected the book would be all right, but felt less urgency simply because of that film. So my copy of the book went from pile to box to back of shelves. I wonder what Mo would say about that? He might be just a character, but one with strong opinions on books.

Before the film I also had totally the wrong idea of what the book was about, which goes to prove that blurbs can mislead. The real plot is much more attractive than the one I was ‘avoiding.’

It would still sit on an obscure shelf, were it not for the fact that I needed another foreign book for my challenge. I’d run out, more or less. But it is German, and I’d not done Germany yet. It was actually in my possession, so despite its 550 pages I began.

I minded dreadfully for the first hundred pages. It was too much like the film. I knew it all. But then, it stopped being a chore and became something nice. Very nice. I found myself wanting to sit there in my armchair and not stop. It’s like smooth chocolate. (The book, not the chair.) Nice. Comfortable. Just right. (That goes for both book and chair.)

Being the last person in the world to read Cornelia Funke’s Inkheart, I don’t need to tell you what it’s about. I find it quite natural that you can read characters out of books by reading aloud. Even that you can also have a real person pop into a book and disappear. What I found strange was that everyone could talk to each other. What language were they communicating in? I assume Mo and Meggie are German. Aunt Elinor must be Italian-ish. And the baddies are definitely Italian, and so is their author Fenoglio.

The book isn’t even too long. Or too short. It’s just right. And for a book with two sequels, it ends so that you don’t have to read on. I’ll probably want to, though. Won’t I?

It’s infuriating when it turns out that Cornelia’s fans have been right all these years. She’s a marvellous writer. What’s more, Inkheart has been translated masterfully by Anthea Bell. It’s so smooth (chocolate again, I’m afraid), it’s as if it had not been translated at all.