It was good to revisit Jane Eyre after all these years. Barrington Stoke have just published a dyslexia friendly, short, retelling of the famous Charlotte Brontë novel. Tanya Landman has written a more than creditable short version, and one that I enjoyed a lot.

I wasn’t sure how hard it would be to make such a long novel into a short one; one that actually works. I’m certain it was neither quick nor easy, but the result is a perfect literary summary of an old classic.

Tanya’s version contains most of what I remembered, skipping over one or two sub-plots with just a few paragraphs (which is obviously how one does it) to get on with that which matters. The only major fact missing is Jane’s inheritance, but in the long run it’s not massively important.

She can still marry Mr Rochester and live happily ever after. (I hope this doesn’t count as a spoiler..?)

A classic has to be one of the hardest things to access if reading is difficult. I guess watching the film is the nearest, but won’t give so much flavour of the real deal. That’s what you get in something like this Jane Eyre.

I hope the book will be a happy discovery for many. Jane is still a most interesting heroine. 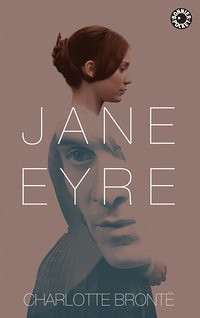 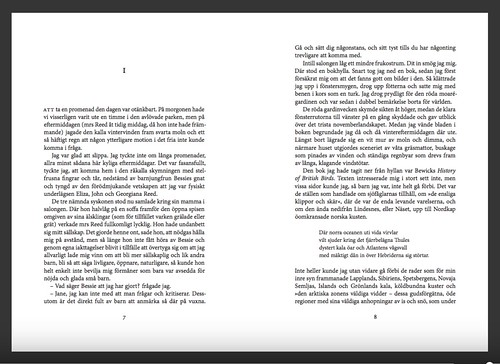 Now for some romance before it gets dark!

Last week several authors linked to this blog post, which primarily moans about sequelitis in the world of romantic fiction, and especially that aimed at younger readers. At least, I think so. Mercifully I have not read them, but I can imagine what they are like. Or perhaps I can’t.

The thing is, the post was written by a fan of this type of book before publishers lost all sense of proportion.

Now, I grew up on plenty of romance of the fictional kind. I was actually under the impression that I was awfully grown-up when tackling Barbara Cartland, who was perpetually serialised in the weekly magazine I liked so much that I spent my pocket money buying it, until Mother-of-witch gave up and paid.

I saw the light – eventually – and moved on to Alistair MacLean and other mature books.

In my brief course on children’s literature at university we were ordered to read two unexpected books alongside Anne of Green Gables and other worthies. One had to be a cheap romance, and the other an action story like Nick Carter. The reason being that children, or young adults (long before the term was invented), were reading them. Ergo, they counted as children’s books.

And now we have vampires.

The cheap action type novel has plenty of modern alternatives. And I suppose Twilight & Co are better than my old Barbara Cartlands? Miss Cartland reputedly spent all of two weeks on every book she ‘wrote’, and whatever your opinion of Stephenie Meyer, she must have worked somewhat harder on her writing.

I suspect young girls are hardwired to want romance at some point in their early reading lives. There is nothing wrong with that, as long as the romance is allowed to end and the readers move on to new things. That’s where it might be worse now, because vampire novels and similar books look so much like real books. Mills & Boons look exactly as what they are. Cheap romance. Some of them pretty good. Some not.

Now publishers are milking the black and red covered cash cow. Endlessly. I want to sit down and cry when previously sensible publishers bring out their own Twilight.  I could almost accept it, if it weren’t the case that these Twilights are squeezing out real books. Not all of them, but there are many excellent books that never get published, or that sell so badly that they don’t stand a chance in the shadow of romance.

There is good YA romance. Recent examples that come to mind are Mary Hoffman, Celia Rees and Gillian Philip, who all write real, and romantic, novels. It’s not my intention to come up with a long list here. I just want to say that there is choice.

We had very little of that in the 1970s. Cartland and M&B on one side and Jane Eyre & Co on the other. Although, in my late teens I did find a couple of authors who were capable of writing light but intelligent romance with death and excitement on the side. M M Kaye and Mary Stewart were both authors I inherited from nearby adults. And unlike the cheap stuff, I still remember them well.