Because Ellen Renner’s Storm Witch had resonated so deep within me, and the memory of it had stayed, I was cautious as I began reading the sequel, Under Earth, in case it wouldn’t deliver. But of course it did! Please bring on book three, The Drowned Ones, as soon as possible.

Storm is now the Weather-witch, and more powerful than most, and more than she herself understands. Travelling on her uncle’s ship, they are heading for Bellum Island to trade. But it seems it’s not just goods that can be traded; Storm is also desirable to others, because of her powers, so is not safe among the kind of people who will stop at nothing. 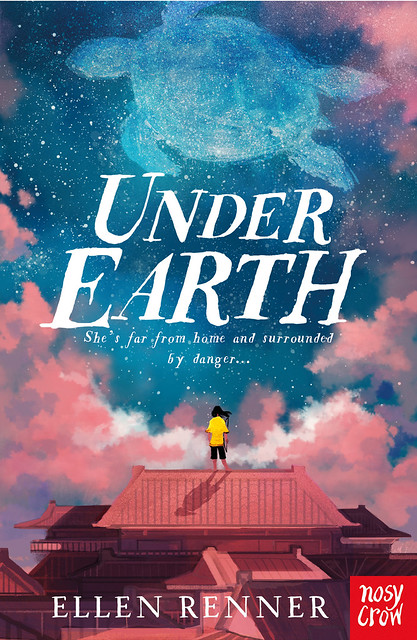 As with the first book, this didn’t head in the direction I imagined, nor did it keep going the way I thought it would. She’s only 14, but has to be wise beyond her years if her own island and its people are to survive. But she also wants revenge for the death of her mother.

Bellum is another world compared to Yanlin, and the people live differently there. At times I was wondering if Ellen was describing the island she and I inhabit when she talked about the wasteful and discriminatory way the leaders of Bellum govern. The fact that they don’t ‘make.’

Storm finds it hard to know what to do, and who to trust, but she at least has a few people to guide her. Let’s hope that will be enough. It doesn’t look like book three will involve much plain sailing.

It’s that time of year again. Here are some of the books I enjoyed the most, chosen with some difficulty, because the next tier consists of really excellent books. Too.

I haven’t always felt that ‘picture books’ belong here, but the two I’ve got on my list are more literature with pictures. They make you cry. I mean, they made me cry. And that’s good. They are:

Michael Morpurgo and Barroux, In the Mouth of the Wolf

And then for the more ‘regular’ children’s novels:

Sally Nicholls, A Chase in Time

Books like these make everything worth while. There are a couple of ‘beginners,’ some ‘mid-career’ authors – whatever I mean by that – and some established authors with decades of great writing behind them. And, only two that I knew and loved before Bookwitch became famous for her reading, meaning that this blogging business has been responsible for many introductions, without which my life would have been the poorer.

Ellen Renner’s description of Storm and her mother returning home in her new book Storm Witch took me straight back to my own childhood and the home where I lived with my mother. I have as good a memory of that time as can be expected at my age, but I have never before had that exact feeling conveyed in a piece of writing.

People sometimes ask if the writing in a book is good, and I don’t always know. This time though, I can tell you it is very good writing. I feel as if Ellen gave me back something I’d lost. 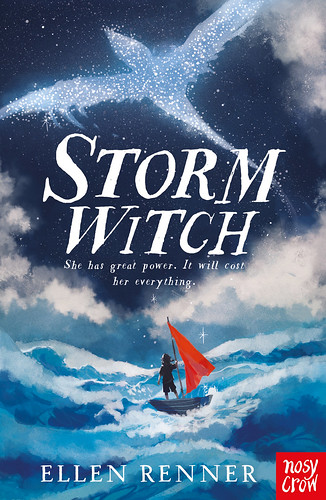 Storm is 13 and it’s time for her age group to be chosen by the island’s Elementals. They determine what the young person will be doing for the rest of their life. It’s the usual drama; you fear you won’t be chosen at all, or that it will be the wrong choice, or that you will disappoint your family. Storm does too, and then she’s chosen by more than one of the Elements.

Being special isn’t much fun, either. And it doesn’t prevent the bullying. You might be the most powerful person on the island, but your bully still hates you.

The story is a mix of the normal childhood feelings most of us have, and then there is the magic, and the difficult tasks Storm has to tackle.

There are more books to come. I can guess at where Ellen will take her characters. I’ll be interested to see if I’m right.

2015 is a rare year. Its best book happens to be my third best book ever. So no contest as to who sits at the top of the Bookwitch Best of 2015 Books list. It’s

It is red. Perhaps that is a sign I can re-read it over Christmas? It’s been almost a year. (And on a different note, I was pleased to see Sally’s book finally reviewed in the Guardian this weekend. High time indeed. And I’m not the only one to think so.) 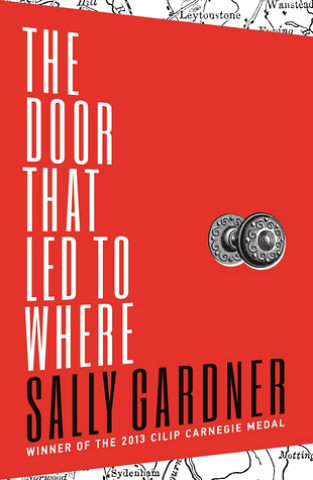 So, now that this obvious choice has been announced, I come to the rest. Eight books stand out as having been that little bit more ‘stand-outy’ than others. They are books that made me feel all warm inside as I read them. (Apart from Helen Grant’s book which made my blood go cold. In a good way.)

These warm ones are, in alphabetical order:

Sally Nicholls, An Island of Our Own

On the longlist were another 25 books, so the tip of the iceberg was pretty big. But the point of a best of list is that it is a litte bit short.

Thank you to all who wrote these, my bestest books of the year. You make a difference.

This is so good. Outcaste is the impatiently – by me anyway – awaited sequel to Ellen Renner’s Tribute. I’m not sure how Ellen does it, but she certainly knows how to write a marvellous story. 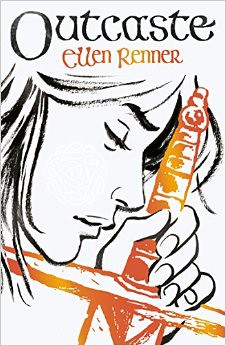 Set in a fantasy world, Zara has been forced to leave her home, a place where magic rules, and she is now a refugee along with several groups of non-magic people. Being a mage is not good, and Zara needs to work hard at hiding her natural talents.

Her father, the Archmage is wanting to catch her, after she tried to kill him. But sometimes it’s not the people with magic who are the worst. It seems some of the other peoples have traditions that are not terribly attractive either. The refugees are heading to the homeland of Aidan, the boy she has fallen in love with. And her problems won’t necessarily be over when she gets there.

Outcaste is not a book you can easily describe. It’s a book you want to read. Now. (But read Tribute first.) It has a love story to die for (not that you want anyone to die), and that in itself is rare enough these days.

I’ll be thinking of that love as I wait for another book from Ellen, be it another sequel or something else. Anything else. This is what YA should be like. And in Zara’s friend Twiss, we have a young girl character of almost Dido Twite-ish proportions. I would very much like to see more of her.

Tribute is a terrific new fantasy novel by Ellen Renner. It’s another one for my best-of list in December, and I’m so excited I don’t know what to do about waiting for the sequel. There has been no mention of a sequel, but there has to be one. And in my opinion Ellen should be a household name. She obviously is in this household, but I would like her to be really famous. And rich. Not that I imagine she could write faster with more money, but still.

A Tribute is a slave belonging to a Mage, and Zara was given Swift when she was a child, and then her father, the Archmage, killed her Tribute when they became too friendly. Her revenge was to join the resistance, the Knowledge Seekers, giving them information about the ruling Mages.

As with so many magical settings, it doesn’t help that a character can do all sorts of magic, like entering the mind of animals – and sometimes of people – flying, and so on. Because whatever you can do, someone else can do to you. And the Archmage is more than happy to do the most unspeakable things, which is why Zara hates him.

When her father takes a hostage from another group of people, Zara ends up needing to do a lot more. She has to break with the Mages and go against her own people and join forces with the others, where not all are sympathetic to a Mage joining them.

This is civil war, it is slaughter of hundreds of innocent people. It is very cruel. But it is also a tale of friendship and trust across boundaries between different people. It’s very exciting, and not everything has been resolved by the end of the book. Hence my impatience.

(On the other hand, I would also like to see another Castle book, so…)

(Once I’d stopped moaning quite so much, I discovered that there is a sequel titled Outcaste coming in August. It looks like August this year. Yippee!!)