All the Dear Little Animals

How could I not love Ulf Nilsson’s All the Dear Little Animals? To begin with, anything illustrated by Eva Eriksson is automatically extremely loveable. And the story of three children who hunt out dead animals so they can bury them is also rather sweet, don’t you think?

It starts with a bumblebee, which died of natural causes, and its death causes the poetic narrator and his friend Esther to arrange a funeral for it. Our narrator is good at coming up with poems for the ceremony.

And then Esther’s little brother Puttie discovers what they are up to, and he cries. He cries so well that he becomes their official crier. Puttie – unlike his older sister – finds death rather upsetting. He can see that when he dies, their parents will be very distraught.

Esther, on the other hand, avoids telling him that the most likely scenario might be the other way round. This, presumably, is for the adult who reads with their young child to decide to discuss. Mortality, and how it makes you feel.

Once they have hunted out a good many corpses, dug graves, read poems and cried, they are satisfied.

Tomorrow they will do something else.

(Translated by Julia Marshall, this is not a new book. Not even in translation. I would have liked the original title to be mentioned, so I didn’t have to Google it; Alla döda små djur.)

Is any author/illustrator worth an award of five million Swedish kronor (approximately £500,000)? It seems like a lot of money, and if one author is worth it, why not most of them? Except very few people stand the chance of winning the Astrid Lindgren Memorial Award. And when you think about it, what can you hope to buy with that sort of money? In my neighbourhood you can – possibly – purchase a house. It’s not going to allow you to leave lots of money to your children when you die.

And is a well known author a more worthy winner than the one neither you nor I had ever heard of before the award announcement? As you see I have lots of questions, and they tend to surface at this time of year when the new ALMA winner has been chosen. Also, is it OK to give the award to one of your own? Swedes like their authors, so will probably say yes. How often can you award that sort of money to a homegrown author? Why does it seem better to give the prize to a foreigner? As long as we have heard of him or her.

I gather that this year’s lucky author is actually the first Swede to win the ALMA, so I suppose it’s all right. She is one whose name I can never quite remember, and seeing as Barbro Lindgren shares her surname with Astrid herself, that’s rather stupid of me. I’ll blame my shortcomings on the fact that her first book appeared in 1965, when I was too old to be her target audience. 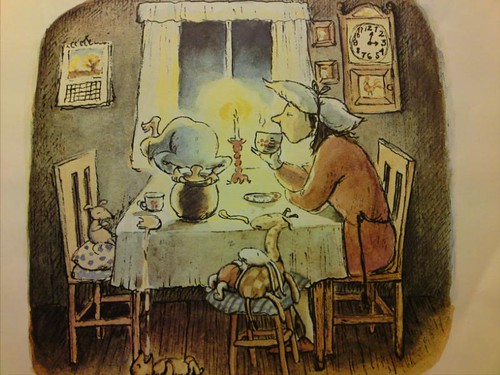 Although, some of her more recent books are ones I have bought specifically for myself, despite them being picture books. Not for Offspring, but for me. I allowed Offspring to read them – a little – but they are mine. (Unfortunately, at this very moment they are safely packed inside some box or other, and I can’t get at them.)

The thing is, I got them for the pictures, by Eva Eriksson. I like the stories, but it’s the illustrations I adore. And I am guessing Eva doesn’t get any of the five million.

The Wild Baby’s Dog is a very sweet little story, and so are the other Wild Baby books. It’d be very hard to dislike the Wild Baby, and you feel for his poor mother.

Then there is Max, and his potty or his teddy or ball or bowl, or whatever. Short, basic picture books for the toddler beginner. Absolutely adorable. 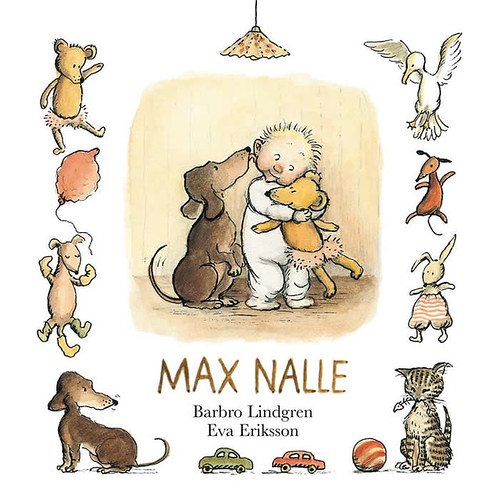 I just don’t know if they are worth five million. Well, they are. Of course they are. But then so are many other books.

Do the people in the jury realise quite how much money they are handing over, in one fell swoop?