Drawing on the Imagination

We need more ‘deprived’ picture books. That was one suggestion coming from the audience with Debi Gliori and Faye Hanson at Thursday lunch time. Theirs was the kind of event I find perfect;  for adults, by children’s books authors and illustrators. We should have more of these. Lots more. 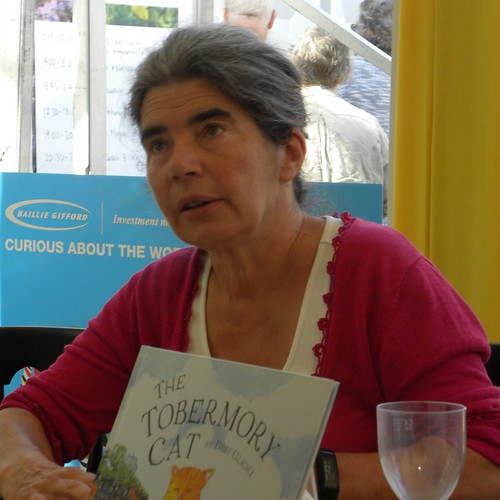 Very nicely chaired by Kathryn Ross, we learned new things about Faye and Debi and how they work. And by ‘we’ I mean a whole theatre full of adults eager to hear about illustrating picture books. And when I say new things about Faye, I need to disclose that I knew nothing at all about her, and of course, that is one of the charms of this kind of thing. Go and hear someone speak about their work and suddenly you feel as if you are old friends. 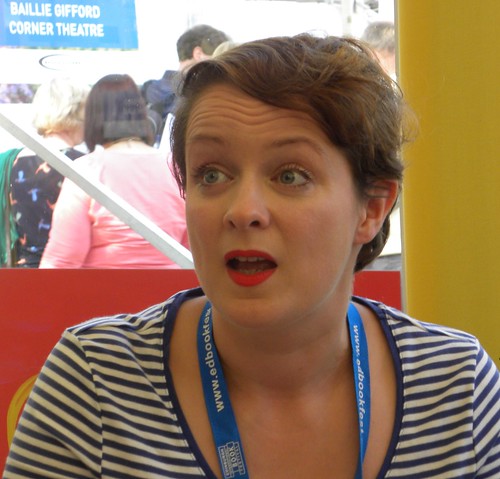 Faye has only done two picture books so far, having had an earlier career in fashion with Alexander McQueen. She read a bit from Wonder, so I can’t totally claim not to have read her books. And the pictures are rather nice.

Debi ‘has lost count’ of the number of books she is responsible for. And it feels wrong with applause – as happened here – before she’s even spoken. She sat on the floor, the better to see her pictures from Hebridean Alphabet (which I’ve not had a chance to read…). The island in her book is a mix of several real ones, including Iona. She had to place her story in the past to get away with having two young children alone all day, out on the island, having fun, the way we used to.

There even had to be a pretend kayak, as you can’t have children playing on boats. Debi said she regretted giving the girl a beautiful Fair Isle cardigan, as it was a lot of hard work drawing, over and over. And as for the very patterned wallpaper, well…

The two illustrators had had a good discussion in the yurt before the event, and they agreed that what they draw comes from their own lives. And you need to put something more adult into a picture book, to keep the interest of the grown-ups who have to read these books to their children.

Kathryn suggested that children no longer have time to get bored, and Debi reckons ‘boredom is pretty creative.’ Every book begins with a picture in her mind, although – and here she was afraid of being hideously indiscreet – she once took an idea from an editor, because there was a mortgage to pay. With the US in mind, there must be no hedgehogs, no badgers and no red squirrels. In fact, Mr Bear was originally Mr Badger.

Faye feels it’s much easier to draw than to write, but hopes it might get easier with time. ‘Hell, no,’ Debi replied. 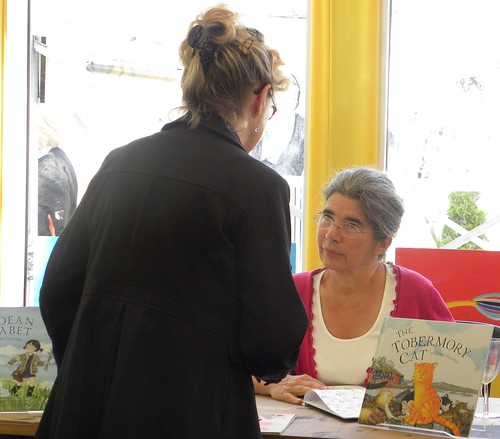 Someone asked if there is an age limit for reading picture books (if there is, I haven’t reached it yet), as her 10-year-old son needs to relax with a picture book when things feel hard. Debi said picture books make for great comfort reading, and of course we now also have graphic novels, aimed at older readers.

Another question referred back to what you can’t put in children’s books, because we now have different rules as to what children are allowed to do. Debi once had to remove a fridge, because of the potential danger to children getting locked in, and she was grateful to have had that pointed out to her. Faye had had to move a table lamp away from the edge of a table so it wouldn’t fall off. Whereas the problem with mice nestling in an electric blanket, the answer is that mice don’t read!

They were asked about their thoughts on the suitability of Roald Dahl and Enid Blyton today, with a view to safety and political correctness. 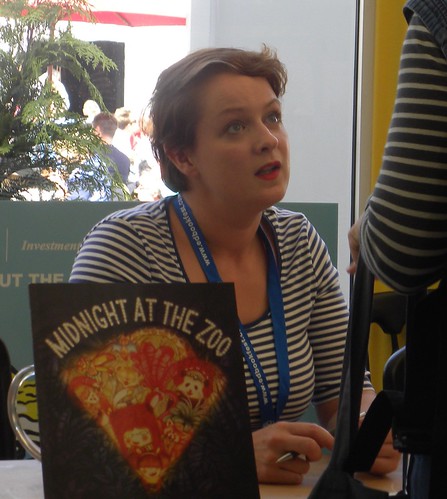 And then we arrived at the request for more picture books about deprived inner city areas and children in poorer districts. Somehow there are disproportionately many books set in the Highlands and Islands, with their beautiful scenery and seemingly idyllic lifestyles. Debi feels she’d quite like to, but wasn’t sure she had the right credentials, while Faye said that she comes from a poor background and definitely wants more of this in picture books, as she has done already.