Poems are always hard to review, and poems and I don’t always see eye to eye. But there is something about this collection of poems by John Agard that drew me in.

Illustrated by Satoshi Kitamura, there is much to see and think about. Some of the poems are literally sitting inside the pictures, or otherwise a part of one thing, instead of separate. 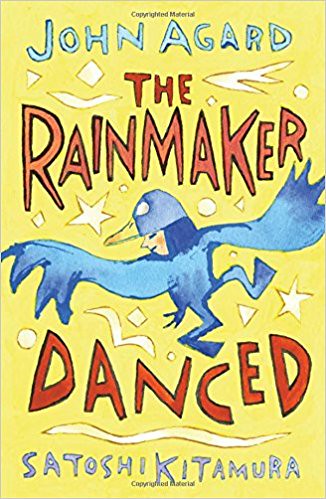 I particularly liked the poem about whether or not you believe in Nessie, which was beautifully illustrated with our favourite Loch Ness monster.

And I like the fact that John uses such ordinary words in his poems. Nothing too grand, as can be seen in the sad story about the Sputnik dog; ‘soon Laika is a goner.’

I don’t know whether this is more for children to read themselves, or if you read the poems to them. Both, probably. Or either.