Why You Should Read Children’s Books, Even Though You Are So Old and Wise

Yeah, that’s a mouthful, so I won’t repeat it here. I’ve only read one book by Katherine Rundell – well, two now – so have little experience of this writer, seemingly very admired by many. I have no cause to doubt them. I’ll want to read more.

But this little book, clearly aimed at adults, and so handy for sticking in your pocket when you go out, is about reading. I’m guessing it’s a talk Katherine has given. 63 small pages, starting in Zimbabwe, where Katherine first discovered that incredible thing that is a library. You go in, and you come out with books to read, and you haven’t paid for the pleasure.

On page two she mentions Martin Amis and his brain injury; the one he’d require before sinking so low as to write for children. Yes, most of us remember that comment still. We don’t like it.

And then Katherine goes on to talk about children’s books and it’s completely right, and it’s so inspiring, even to an old Bookwitch like me, who sometimes needs a push.

Well, you know how I’ve dithered recently. To read or not to read. What to read and why and when, and during 2020 ‘how?’ and getting no real answer. Until this little volume.

I do like Katherine’s mother, who had to remind her that you don’t have to break into libraries. You just walk in and you can have all the information you need. Have to admit that tunnelling in would have been fun, though.

As for the word pedagogy, I don’t know how to pronounce it properly, either. It’s the curse of having learned some words by only reading them. (I can say it in Swedish, however!)

The Book of Hopes

It’s always like this. I get tired and want nothing more than to stay at home for ‘quite some time.’ After a while – it could even be after ‘quite some time’ – I have had enough and I begin to want to climb the walls. Or at least to get out and go to some event, somewhere.

Well, I am ready for an event. Now. Before agoraphobia takes over.

I’ll pretend. There’s a book you can read for free. Katherine Rundell has collected lots of writing from a lot of writers, and some illustratings from illustrators. You’ll find them in The Book of Hopes, which you can get here.

There were extracts in the Guardian Review at the weekend. I was particularly taken with Catherine Johnson’s Axolotl poem:

“Care of Exotic Pets: Number 1. The Axolotl at Bedtime.
Never give your axolotl chocolatl in a botl.
Serve it in a tiny eggcup, not too cold and not too hotl.
Make him sip it very slowly, not too much, never a lotl.
After all, he’s just a sleepy, snuggly, bedtime, axolotl.”

And so it goes. More verses online!

‘All’ the big names have contributed something. Whatever you like, it could well be in here somewhere. I’m thinking what a marvellous book launch this would make, if we could all get together. See you there?

‘What do you think of Katherine Rundell?’ I was asked in an email, chatting to one of ‘my’ authors, some time last year. My response was that I didn’t think, really, as I’d not read any of her books, but that her new one, The Good Thieves, looked very promising. Except I’d not been sent a copy, and when I checked in the shops it was a hardback and a bit pricey. 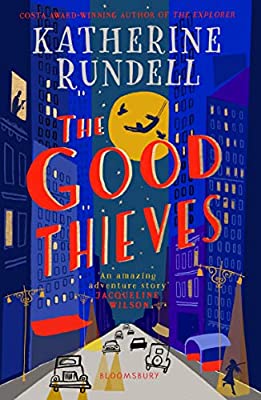 But I had gathered that Katherine Rundell is an author of interest in the business. So she and her book went on my Christmas wish list, and here we are. (Father Christmas took pity on me.) I’ve had a most enjoyable read of this children’s ‘light crime’ novel, set in New York in the 1920s. It’s not just the cover that is gorgeous.

The pace is slow to begin with, detailing the arrival in New York of Vita and her mother, on a journey of mercy to rescue her bereaved grandfather. But she has plans, and accidentally coming across three unusually talented children, she plans another kind of rescue than the one her mother is working on, with lawyers, etc.

Vita wants to restore her grandfather’s lost castle to him, and throws herself and her three new accomplices into a minor war with a mafia style group of vicious men. They may be powerful and cruel, but they’ve not counted on Vita, or Silk, Arkady and Samuel. Each has very useful skills.

The plot as such isn’t necessarily all that original. What makes The Good Thieves such a special tale is the way this plot is executed. There are little surprises here and there, and there is so much warmth, and courage.

I’d have been quite happy for the book to be longer. But on the other hand I wouldn’t have wanted to inflict more pain and injury on our young heroes. And I suppose I can always run away and join a circus.

(My thoughts on Katherine Rundell are that she’s a very good thing. I might have a need to read more of her books.) 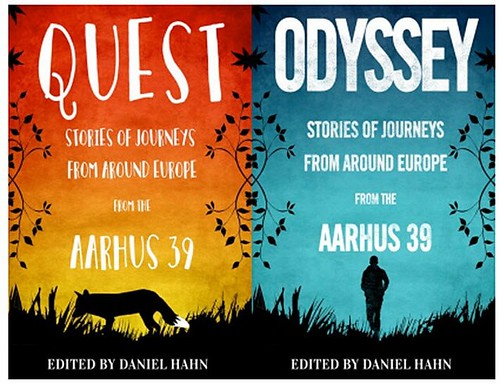 At first I thought there’s not much you can say about a longlist, even though I usually do when the Guardian Children’s Fiction Prize lists are published. I toyed with the idea of saying nothing, but then I remembered that fateful list nine years ago. Nine years!

This older reader saw a book called How I Live Now mentioned and just knew she had to read it. (She’s a witch. That’s probably how she knew this.) The book wasn’t even out yet, so had to be ordered and waited for. Not only was it the best book she’d read, but it changed her life.

So perhaps one of the books on this year’s list will have that effect on someone, somewhere?

Of the eight, I have read three and a half. All would be worthy winners. The half, too. I can only assume the remaining four are pretty good as well. They could all be life-changers, and not necessarily for the authors.

David Almond, Gillian Cross, Sally Gardner, John Green and Rebecca Stead have already done well. And there’s no reason they shouldn’t go on and do even more well. Katherine Rundell, William Sutcliffe and Lydia Syson are new to me, but so was Meg Rosoff that time. She turned out all right, didn’t she?

I hope someone finds the reading passion of their life in amongst these books.

And then there’s the competition for critics aged 17 and under to write a review of  one of the books. In the nine years since my moment of discovery I have been acquainted with two such young winners. I hope winning changed something for them too.

You just never know what will be waiting round the corner. It could be a literary longlist.

(I seem to recall people expect me to predict. OK, the shortlist – because that’s all the predicting you get at this point – will be Gillian Cross, Sally Gardner, John Green and William Sutcliffe. And I’ve used Sally’s book cover here because Maggot Moon is truly extraordinary, and since the other books are pretty marvellous, that tells you how good it is. The 2004 winner agrees with me.)